Trevor Williams reports that TK Elevator’s new test tower in Cobb County, which officially opened Wednesday night, is engineer’s paradise where stainless steel boxes are revered like precious artifacts. A digital experience area in the German-owned company’s lobby was inspired by science museums, outfitted with large touchscreens that enable customers and visitors alike to see different elevator solutions and their parts in action. 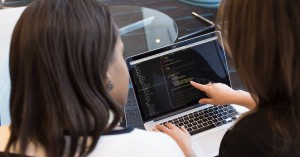 Mary Ann DeMuth reports that twenty-five years ago the nonprofit NewTown Macon was formed as a public-private partnership to improve the city’s downtown. Today, the organization’s success is evident in 80% storefront occupancy, 94% loft occupancy and more than $842 million in investment.

Decade after landing in Atlanta, Southwest still distant No. 2 airline

Kelly Yamanouchi reports that when Southwest Airlines flew its Boeing 737s into Atlanta for the first time on Feb. 12, 2012, many expected the powerful discount carrier to shake things up at the world’s busiest airport. A decade later, Southwest remains a very distant No. 2 to Delta Air Lines, which continues to dominate traffic at Hartsfield-Jackson International Airport with a roughly 80% market share.

Staff reports that on Friday, Governor Brian P. Kemp and Jay Neal, Executive Director of the Criminal Justice Coordinating Council (CJCC), applauded the investment of $80,000 by the Georgia Power Foundation to support the development of Family Justice Centers in Cobb, Macon-Bibb, and Ware Counties. “I want to thank the Georgia Power Foundation for investing in this collaborative model to provide services for victims experiencing domestic violence, sexual assault, and child abuse,” said Governor Kemp.

Chris Dixon reports that Georgia has no national park, but with a deal finalized this week to purchase and protect an expansive tract of forest, swamp and sacred Native American tribal land, that could soon change. Designating a national park adjacent to downtown Macon is a goal for Middle Georgia conservationists and Oklahoma’s Muscogee (Creek) Nation, whose citizens were forcibly removed from these ancestral lands in the early 1800s.

John Bailey reports that Chief Justice David E. Nahmias announced Friday that he will resign from the Supreme Court of Georgia at the end of the 2022 court term in July. Prior to his appointment to the high court, Nahmias served as the U.S. Attorney for the Northern District of Georgia, overseeing federal prosecutions in the district containing Rome, Newnan, Gainesville and Atlanta.

Hank Rowland reports that legislation to ensure the continuation of the Gullah-Geechee Corridor and other National Heritage Areas in Georgia beyond this week has been introduced in the U.S. Senate. Sen. Raphael Warnock, D-GA, introduced the bill last week to extend the life of the Gullah-Geechee Corridor. It also reauthorizes the Augusta Canal and the Arabia Mountain National Heritage Areas.

Ray Glier reports that state Sen. Jeff Mullis, a powerful Republican from Chickamauga, is enraged at the Georgia High School Association, the governing body of high school athletics. Less than a month after the association pushed Mullis’ alma mater, Gordon Lee High School, up from Class A to Class AA, Mullis pre-filed two bills in the state Legislature aimed menacingly at the GHSA.

Alex Helmick reports that some in Atlanta’s Buckhead neighborhood wanted to pull out of Atlanta — mostly blaming Atlanta’s crime numbers. Critics of the plan said the effort from the majority white neighborhood was largely driven by race, and the effort did not include key details like how to run schools and a police department.

Jason Schaumburg reports that the Georgia House passed its version of an amended fiscal year budget Friday, agreeing to spend $2.7 billion more than the previously passed budget. Appropriations leaders in the Georgia General Assembly must review and approve spending changes for the remainder of fiscal year 2022 and approve a budget for fiscal 2023, which begins July 1.

Hice, Nguyen leading battle for bucks in race for Georgia secretary of state

Dave Williams reports that U.S. Rep. Jody Hice is holding a solid lead in fundraising for Georgia secretary of state, according to the latest campaign finance disclosures filed by the candidates. Hice, R-Greensboro, had raised $1.6 million through the end of last month, according to a report submitted to the Georgia Government Transparency & Campaign Finance Committee.

James Salzer reports that some state lawmakers have long complained about their low pay, saying it inhibits average Georgians from serving in the General Assembly. But voting for increased pay is considered politically toxic at the Capitol, with many lawmakers fearing they could be voted out of office for raising their own salaries.