Staff reports that the year 2021 was a record-breaking one for the Savannah Economic Development Authority, marked by the highest number of new projects, prospect visits and investment announcements. SEDA released its year in review during its annual meeting on Jan. 6 at the Westin Savannah Harbor Resort. 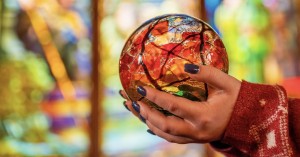 Mary Ann DeMuth reports that for those looking for a fun, outdoor activity, the annual hide-and-seek adventure on Jekyll Island is back. Visitors and residents are invited to take part in the Island Treasures game now through the end of February.

Jobs in Georgia, a tale of awful losses and a sometimes stunning recovery

Michael E. Kanell reports that the economy was on a steady roll heading through the winter of 2020 when the pandemic struck. In a couple of devastating and frightening months, Georgia hemorrhaged more than a half-million jobs. After that, the coronavirus came and went in sometimes deadly waves — along with sometime bitter debates about how to fight it — but the economy has mounted a continuous comeback.

Diane Wagner reports that IDI Logistics is planning to build another 1.5 million square feet of speculative warehouse and distribution space, between I-75 and the Surya plant in Bartow County’s Highland 75 Industrial Park. The undeveloped property, at the northeast corner of Cass-White and Grogan roads, is part of the Rollins family’s Cartersville Ranch.

Sawnee EMC will return $7.8 million to current and former members

Staff reports that Sawnee Electric Membership Corporation is preparing to return about $7.8 million to an estimated 120,208 eligible current and former members, the cooperative announced Friday. The payments are through a general retirement of patronage capital, which includes funds assigned for the balance of 2003 and all of 2004.

Anthem names new chief in Georgia amid dispute with Northside

Andy Miller reports that Anthem Blue Cross and Blue Shield has named a new president of its Georgia operation just days before a possible contract cutoff with Northside Hospital. Robert Bunch, a longtime Anthem official, replaces Pam Stahl, who has taken a job in another industry, the insurer said late last week.

Gordon Jackson reports that Cap Fendig helped lead the charge to eliminate the toll both to St. Simons Island in 2003 after the money collected to pay for the causeway was collected. Fendig is now asking his fellow Glynn County commissioners to explore the possibility of another toll to St. Simons Island.

Mary Landers reports that anti-spaceport petitioners filed an appeal late Friday in an attempt to keep alive an effort to block the purchase of land from Union Carbide for the county-led commercial spaceport project. The plaintiffs’ move will send the case to the Georgia Court of Appeals.

Alan Mauldin reports that area hospitals have seen the number of COVID patients admitted average 23 per day over the past week, and the current surge has sickened a much larger percentage of children than was the case during previous surges. As of Friday, there were 180 patients hospitalized in Phoebe Putney Health System facilities, including 149 in Albany, 25 in Americus and six in Sylvester.

Jill Nolin reports that Gov. Brian Kemp has followed through on his threat to sue the Biden administration over its recent decision to reject major elements of the governor’s health care plan. Kemp argues his plan to slightly expand Medicaid should be allowed to move forward as originally envisioned since it was approved by the Trump administration in late 2020.

Carrie Teegardin and Brad Schrade report that Georgia’s General Assembly resoundingly agreed in 2017 that having more people on probation than any other state wasn’t making Georgia safer. In fact, lawmakers found, the opposite was true.