Abraham Kenmore reports that even with expanding electrical generation and storage – and new ways to use it –  Georgia Public Service vice chairman Tim Echols said that Georgia’s consumers should be prepared for electricity rates to go up. The GPSC approved a rate increase at the end of 2021, which would add an average of just under $60 a year for residential customers of Georgia Power. 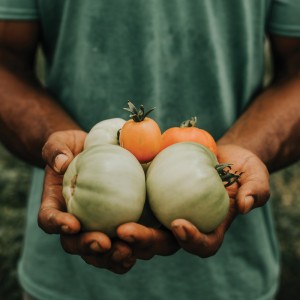 Kenna Simmons reports that Georgia is blessed with an almost year-round growing season – one reason that agribusiness routinely ranks as the state’s No. 1 industry. With almost 10 million acres of farmland, the Peach State has a long history of agriculture.

Matt Kempner and Ariel Hart report that thousands of Georgia employers are back to making their own decisions about whether to require COVID-19 vaccinations or testing for their employees. As a result, local workers are likely to continue to face workplaces with widely varying standards.

Tyler Wilkins reports that a Russian developer plans to bring a new industrial park to Banks County, with approximately 5.4 million square feet of warehouses. PNK Group, an industrial developer with operations in Atlanta, has filed preliminary plans with the state to place the park on 554 acres at the intersection of Interstate 85 and Ga. 63 near Homer, according to a Development of Regional impact filing.

Trevor Williams reports that xperiencing “Launch Control” behind the wheel of a Porsche requires suspending everything you’ve learned about driving. But then again, the German sports car innovator has never shied from reorienting drivers’ expectations.

John Bailey reports, after years with a flat housing market, it appears Floyd County may be in for its own small version of a housing boom. Looking at the period February 2021 into February 2022, the number of applications has skyrocketed to a level unheard of in the past decade.

Maria Saporta reports that MARTA’s board of directors held an emergency meeting Saturday afternoon following the Friday night death of Jeffrey Parker, general manager and CEO of the transit agency. After 45 minutes in executive session, the board voted unanimously that Collie Greenwood, the deputy general manager of operations and urban planning, would serve as the MARTA’s interim top executive.

Mary Landers reports that Jackie Eichhorn is a petite woman, 79, white hair cut in a pixie. She wore a cozy gray turtleneck sweater on Tuesday to keep warm in a chilly Camden County Courthouse where she had been compelled to appear.

Richard Fausset and Michael Wines report that Butch Miller, a Republican leader of the Georgia State Senate, is running for lieutenant governor and faces a tough fight this spring against a primary opponent backed by former President Donald J. Trump. So perhaps it is no surprise that Mr. Miller, a co-sponsor of a sweeping and restrictive state voting law last year, has once again jumped into the fray, promoting a new measure to prohibit the use of drop boxes for absentee ballots, which he says would increase security — though no problems with their use by voters have been verified.

State Sen. Clint Dixon wants local Democrats’ buy-in on nonpartisan school board elections — but may not need it

Curt Yeomans reports that State Sen. Clint Dixon, R-Buford, is working to get bipartisan support for his proposal to have Gwinnett County’s school board members chosen in nonpartisan elections, but he is preparing to go forward without the support of Democrats. In fact, he may not actually need their support, at least not in the Georgia House of Representatives.

Felicia Sonmez reports, as the coronavirus was sweeping across the United States last summer and the country was still without a vaccine, Georgia Senate candidate Herschel Walker promoted a “mist” that he claimed would “kill any covid on your body.” Walker, who is vying to unseat freshman Sen. Raphael G. Warnock (D-Ga.) and has been endorsed by former president Donald Trump, did not name the supposed product.

Alan Mauldin reports that the length of time Sanford Bishop has been in office is not lost on Jeremy Hunt, a potential Republican rival for the Albany Democrat in the fall, who sees a definite intergenerational theme to that matchup. “Sanford Bishop was elected the year I was born,” said Hunt, who announced his candidacy for the Republican nomination for Georgia’s 2nd Congressional District this week.

Dave Williams reports that State Sen. Burt Jones had raised $3.75 million toward his campaign for lieutenant governor through the end of last year, the Republican from Jackson announced Friday. Jones, who has been endorsed by former President Donald Trump, ended 2021 with $3.4 million cash on hand.

Greg Bluestein reports that the grandson of former Gov. Zell Miller dropped out of the race for lieutenant governor on Friday, days after Democratic powerbrokers encouraged another candidate to join the crowded contest. On Sunday, ex-prosecutor Charlie Bailey switched from the race for attorney general to the contest for lieutenant governor at the urging of influential supporters who hope to make him the front-runner.