Kelly Hays reports that Delta Air Lines said Thursday that 8,000 employees — or nearly 11% of its workforce — have contracted COVID-19 over the last four weeks, a factor that has contributed to thousands of canceled flights since the holidays. The airline lost $408 million in the final quarter of 2021, thanks to the ongoing COVID-19 surge fueled by the highly-transmissible omicron variant and severe winter weather. 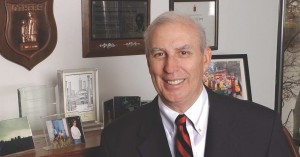 Mary Ann DeMuth reports that January is the month Georgia Trend recognizes the Most Influential Georgians from the past year. These individuals come from businesses, nonprofits, education, sports, politics and other fields, and what they have in common is their outsized impact on the state.

Christopher Quinn reports that executives at Brightmark, a company that wants to build a massive plant in Macon that will turn plastic into diesel fuel and chemicals, say they plan to push ahead with their plans, despite losing the support of the city’s mayor. Macon-Bibb Mayor Lester Miller told The Atlanta Journal-Constitution he is concerned about pollution from the plant and Brightmark’s ability to deliver on its promises to cleanly turn waste plastic into useful products in the timeframe it promised.

Savannah Sicurella reports that Amazon is taking the first steps to develop a 3.2-million square-foot sorting facility about an hour north of Atlanta. Amazon.com Services purchased about 80 acres in Bartow County for the 5-story project, according to county property records.

Christy Simo reports that Remington Firearms (RemArms) is investing $100 million to open its global headquarters in LaGrange. A new advanced manufacturing operation and research and development center will be included in the project, which will create 856 jobs over five years in Troup County.

Ross Williams reports that the next few months could see critical race theory banned and transgender student athletes sidelined if Gov. Brian Kemp gets his way. Kemp’s 2022 State of the State speech delivered Thursday could be his last if he does not fend off his Republican and Democratic challengers, and in addition to pay raises for teachers and more state funds for schools, his list of educational promises included plenty of red meat for his supporters to chew on ahead of a June GOP primary against former Sen. David Perdue.

Kemp calls for ‘safer, stronger Georgia’ in State of the State address

Stephen Fowler and Riley Bunch report that Gov. Brian Kemp on Thursday unveiled several proposals for a “safer, stronger Georgia” in 2022, using the state’s strong economy to call for pay increases for public servants and tackle education priorities he pitched on the campaign trail in 2018.

Amy Wenk reports that Lt. Gov. Geoff Duncan has assigned the Republican-backed Buckhead City legislation to a Senate committee comprised entirely of Democrats. A spokesperson for Duncan confirmed that this morning he assigned Senate Bill 324, the legislation filed by Sen. Brandon Beach (R-Alpharetta), to the Senate Urban Affairs committee.

Greg Bluestein reports that not long after Gov. Brian Kemp finished his State of the State address, Republican state Rep. Phil Singleton took a moment outside the House chamber to marvel at what he had just heard. “If we can get this agenda through the House,” Singleton said, “it might be the most conservative legislative session in my lifetime.”