Dave Williams reports that Georgia’s unemployment rate dropped to another record low last month, while the state’s all-time high workforce is larger than it was before the coronavirus pandemic. “We have fully recovered from this pandemic when it comes to employed Georgians,” Georgia Commissioner of Labor Mark Butler said. “The hard work is still in front of us as job creation is outpacing new workers in the labor force.” 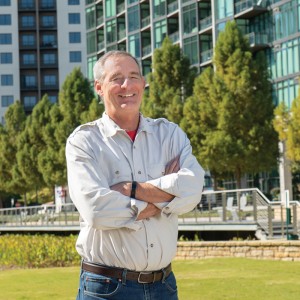 Patty Rasmussen reports that even as some legislators under the Gold Dome were trying to advance a controversial proposal for Buckhead to split from the city of Atlanta, the affluent community continued to welcome an assortment of companies moving into the area. Invest Atlanta, the official economic development authority for the city of Atlanta, assisted with several of those newcomers, including Salesforce, FLEETCOR, FullStory and Kainos.

Scott Trubey, Greg Bluestein and Andy Peters report that electric vehicle maker Rivian on Thursday confirmed it plans to build a $5 billion assembly plant and battery factory in Georgia, which Gov. Brian Kemp called “the largest single economic development project ever in this state’s history.” At a press conference with Kemp at the State Capitol, a Rivian executive outlined plans to employ 7,500 workers at its factory, a jobs tally state officials have said could grow to 10,000.

Abraham Kenmore reports that state experts evaluating the progress of Plant Vogtle’s expansion said they believe that Georgia Power is intentionally using optimistic projections when estimating deadlines and costs for the project in order to justify it. In October, Georgia Power staff told the Georgia Public Service Commission that Unit 3 at Plant Vogtle would likely not be finished before the third quarter of 2022, with a total project cost of about $19.5 billion.

Mary Landers reports that an expected decision from federal regulators on licensing Spaceport Camden has been delayed yet again, while in the meantime county residents are employing a rarely-invoked constitutional right to quash their local government’s planned rocket launch site. “The FAA is finalizing its coordination efforts and anticipates an update on Dec. 20,” wrote spokesman Steve Kulm.

Taylor Cooper reports, since opening the first Parker’s retail gas station on St. Simons Island in 1988, the first in the Brunswick area, Patrick Parker said he’s been trying to give back to the community as best he can. “We don’t want to live anywhere else. It’s a great place to raise a family,” said Parker, president of Parker’s Convenience Stores. “We think it’s important to give back to the communities that have supported us over the years.”

Collin Kelley reports, there’s a new president in town as Doug Shipman prepares to take the reins of the Atlanta City Council. Shipman, who previously was the founding CEO of the National Center for Civil and Human Rights and CEO for the Woodruff Arts Center, defeated opponent Natalyn Archibong in the Nov. 30 runoff for City Council President.

Beau Evans reports Sade Braden has six kids, works two jobs and is about to be evicted from her metro Atlanta apartment. The 33-year-old mother caught COVID-19 in July, forcing her to miss months of work as an emergency-room accountant at Emory University Hospital.

The Jolt: Senate may rethink its voting rights agenda after Warnock’s pleas

Tia Mitchell, Patricia Murphy and Greg Bluestein report that U.S. Sen. Raphael Warnock knows how to make a floor speech count. His latest resonated beyond the Senate chamber, as Warnock described what he sees as the “moral hypocrisy” of colleagues who relaxed Senate rules to raise the debt ceiling while refusing to do the same for voting rights.