Andy Miller reports that the Cuthbert hospital was one of 19 rural hospitals in the U.S. that closed in 2020. That’s the largest number of such facilities to shut down in a single year since 2005, when the Cecil G. Sheps Center for Health Services Research at the University of North Carolina began tracking the data. 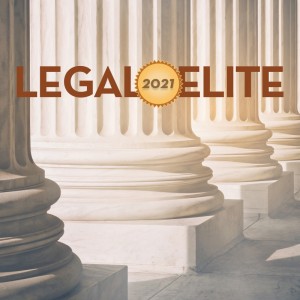 Christy Simo reports, who are some of the top lawyers in the state? We asked the people who know them best – fellow attorneys – and from their answers we selected this year’s Legal Elite. It’s the 19th time the magazine has recognized attorneys considered the best in their field.

In tiny Rutledge, Rivian’s proposed EV plant the talk of the town

Scott Trubey reports that Rutledge, an hour east of downtown Atlanta down I-20, has no traffic lights. But this town of about 800, where golf carts and tractors are common sights on its quiet two-lane streets, could soon become a national hub of electric vehicle manufacturing.

Trevor Williams reports that the German state of North Rhine Westphalia, the country’s most populous, is opening an office in Georgia to assist its companies expanding into the U.S. and to attract investment in the tech sector and beyond. Run by NRW.Global Business, the state’s investment and trade agency, the Atlanta office will be the state’s third office in the U.S. and first on the East Coast.

Stanley Dunlap reports that when Georgia woman didn’t notify her insurance provider about a lawsuit filed against her for hitting a bicyclist with her car, the insurer ended up on the hook for $3 million anyway. In April, the Georgia Supreme Court ruled that although the policyholder was required to provide notice, the insurer should have anticipated that an unreliable and bad driver might not alert the company.

Taylor Cooper reports, once the site of a proposed 121-lot subdivision, 39 acres of the 68-acre Sinclair Tract is now in the hands of the St. Simons Land Trust and slated for preservation. The purchase was part of the second phase of the land trust’s Canopy Campaign, which sought to raise funds to cover the cost of the Sinclair Tract and another 111 acres in three tracts collectively known as the Oatland-Hasell property.

Charles Oliver reports that Whitfield County Board of Commissioners are slated to vote on approving the settlement of a class action lawsuit against Johnson & Johnson, a leading manufacturer of opioid painkillers, which is accused of ignoring signs that such drugs were being improperly used. “This is coming through the state attorney general’s office,” said board Chairman Jevin Jensen.

Staff reports that State Sen. Kay Kirkpatrick is running for re-election as the senator for District 32 in Cobb and Cherokee counties, the senator announced Friday.

Stephen Fowler reports that Georgia Republican David Perdue, whose run for governor launched this week featuring lies about the 2020 election, has filed a lawsuit that recycles claims of fraud already disproven by investigators and rejected by the courts. In a Friday filing, the former U.S. senator and a Georgia voter claim that thousands of “unlawfully marked” absentee ballots were counted in Fulton County’s presidential election, despite three separate counts of the results and no evidence of so-called “counterfeit” ballots included in the vote totals.

‘Right to Farm’ debate to be renewed in General Assembly

Dave Williams reports that after a year in limbo, “Right to Farm” legislation being pushed by groups representing the farming and livestock industries will be back before the General Assembly this winter. “There’s no bigger issue to our organization than right to farm,” Will Bentley, president of the Georgia Agribusiness Council, told members of the Georgia House Rural Development Council Dec. 8.

Patricia Murphy, Greg Bluestein and Tia Mitchell report that Atlanta Mayor-elect Andre Dickens isn’t sworn in yet, but he has already pinpointed which non-Atlantan in the state Capitol holds the power over much of the city’s future in the state Capitol: House Speaker David Ralston. In a speech in Buckhead this week, Dickens called Ralston a “good key” who could lock up the Buckhead cityhood legislation.