Dave Williams reports that Georgia Power’s nuclear expansion at Plant Vogtle has suffered another scheduling delay, an independent expert wrote this week in testimony filed with the state Public Service Commission (PSC). Recently discovered “construction quality” issues mean the first of two new nuclear reactors being built at the plant south of Augusta may not be completed before February 2023, according to Don Grace, vice president of engineering for the Vogtle Monitoring Group (VMG), hired by the commission’s staff to evaluate Georgia Power sister company Southern Nuclear’s ability to manage the project. 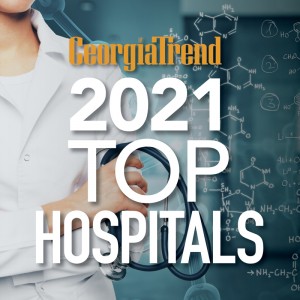 Mark Thompson reports, as the coronavirus pandemic continues to pummel healthcare organizations with staffing shortages, delivery disruptions, appointment cancellations and revenue loss, these same organizations and their providers and administrators continue to strive to provide efficient, quality care. In addition, they are looking to the future and innovations that will improve care in the days to come.

Andy Peters reports that Norfolk Southern just opened a new headquarters in Midtown. Soon, it also will have a new CEO. Alan Shaw on May 1 will succeed Jim Squires as CEO of the fifth-largest North American railroad, according to a Thursday news release.

Collin Kelley reports that the State of Georgia is the largest grant recipient from tech conglomerate Meta’s investment of $100 million in Black-owned small businesses, creators, and nonprofits serving the Black community. Meta’s Chief Operating Officer Sheryl Sandberg announced during a round of virtual events that more than 1,400 Black-owned small businesses in Georgia each received $4,000 grants.

Red and Black and … Orange?

Eric Rangus reports, like many south Georgians, Wayne Hanna’s yard includes a citrus tree. For years, he’s picked fruit from it for breakfast or an afternoon snack, but the convenience of homegrown fruit carries with it a drawback. Usually a whole bunch of them. Seeds.

Skip Henderson will seek 2nd mayoral term. Here’s who will challenge him for office

Nick Wooten reports that Columbus residents will head to the polls in 2022 to elect the city’s mayor. The election will be held May 24. Runoff races would happen June 21 if needed.

Curt Yeomans reports that a Gwinnett County commissioner is calling on residents to attend a county budget public hearing next week and demand his colleagues raise the minimum wage paid to library workers to at least $15 per hour. Commissioner Kirkland Carden issued that call for public backing of the higher pay on Thursday.

Reid J. Epstein reports that Georgia election workers who were the targets of a right-wing campaign that falsely claimed they manipulated ballots filed a defamation lawsuit on Thursday against one of the nation’s leading sources of pro-Trump misinformation.

Stephen Fowler reports that local elections are typically nonpartisan and lower turnout, but that doesn’t make them immune to Georgia’s battleground status. In the November general elections and runoffs, Democrats picked up 48 seats in mayoral and city council elections across the state while Republicans flipped six.

Greg Bluestein reports that Georgia Republican candidates for the U.S. Senate are preparing for a new fight over abortion as the Supreme Court weighs whether to weaken the landmark Roe v. Wade decision with a ruling that could land in the teeth of the 2022 election cycle. The leading Republicans competing to challenge Democratic U.S. Sen. Raphael Warnock have each readied for the political clash, praising efforts to restrict abortion.