Hartsfield-Jackson preps for at least 2.2 million passengers over Thanksgiving

LaShawn Hudson reports that Andrew Gobeil, the director of communications and public affairs for Hartsfield-Jackson Atlanta International Airport, says travel has continued to pick up over the past few months as more people get vaccinated. “It’s starting to get more busy here at the airport and we expect to see even busier in  the days ahead, explained Gobeil on Monday’s edition of “Closer Look.” 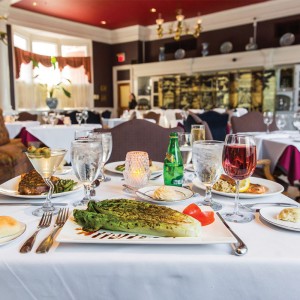 Sucheta Rawal writes, overlooking the colorful downtown, swaying in my rocking chair, sipping a blueberry sour cocktail, I feel I could be in any Southern small town. But this is no ordinary place, building or porch. It is the same spot where global heads of state and accomplished billionaires have wined and dined.

Delta resuming more, but not all, international routes

Kelly Yamanouchi reports that Delta Air Lines will start flying more international routes out of Atlanta now that restrictions on travelers from other countries have loosened. Like other airlines, Delta slashed its flights last year because of the coronavirus pandemic and has since added back much of its service.

Becky Purser reports, when Tim Williams purchased his home in Kewanee Farms in Byron in the late summer of 2020, starting a pecan processing facility and opening a storefront wasn’t something he’d ever imagined doing. “I didn’t know anything about pecans before I came to Georgia,” Williams said.

Staff reports that to allow for increased holiday traffic, Georgia Department of Transportation is suspending lane closures on Georgia interstates and roadways near shopping centers beginning today at 5 a.m. until Sunday at 10 p.m. These statewide lane closure restrictions will help to reduce traffic congestion during the Thanksgiving holiday.

Cobb signs on to $26B opioid settlement

Chart Riggall reports that Cobb commissioners have agreed to support joining a settlement with Johnson and Johnson and three drug distributors that’s expected to pay out $26 billion for damages related to the opioid epidemic. The vote onn the settlement carried 4-1, and moves the county closer to receiving significant funds for addiction treatment and drug disposal programs.

Big-Dollar Broadband Expansion Ahead for Georgia: Who’s Watching the Money?

Beau Evans reports that nearly half a million homes and businesses in the Peach State – close to 1 in 10 – don’t have access to high-speed internet. But now there’s hundreds of millions of dollars worth of public contracts heading Georgia’s way, creating a “wild West” of spending and bidding and raising serious questions for officials and policy experts about whether that money will be spent effectively.

Curt Yeomans reports that State Rep. Gregg Kennard, D-Lawrenceville, will push legislation in the 2022 legislative session to address mental and behavioral health needs of Georgia’s first responders. Kennard pre-filed a bill last week to ensure first responders, such as police and firefighters, can get workers’ compensation coverage for post-traumatic stress disorder or other psychological injuries that they suffer from as a result of the stresses from their jobs.

Alan Maulding reports that as the current second-longest-serving Georgia House member, redistricting is nothing new to state Rep. Gerald Greene. Elected as a Democrat in 1983, the representative from Cuthbert switched to the Republican Party after winning re-election in 2010.

Ty Tagami reports that Georgia schools buffeted by controversy over critical race theory may soon face renewed challenges over gender, sex and other hot button topics as a national movement to remove “obscene” materials from libraries gains momentum in the state. Georgia lawmakers previously considered tightening controls over such content.