Nick Anderson and Susan Svrluga report that the University System of Georgia’s governing board on Monday rejected the recommendation of an advisory group to rename 75 buildings and colleges on campuses across the state that honor individuals who supported slavery, racial segregation and other forms of oppression. Among the buildings at issue are more than two dozen at the flagship University of Georgia. 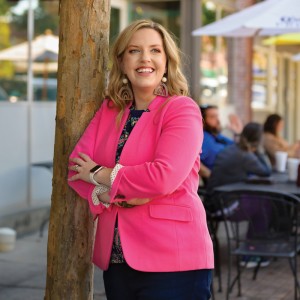 Jennifer Hafer reports, with open arms Dalton and Whitfield County are welcoming German auto parts manufacturer GEDIA to town. “They are building a new facility in Dalton as we speak,” says Carl Campbell, executive director of the Dalton-Whitfield County Joint Development Authority. “They committed during 2020 to come to Dalton, and the deal was $85 million and 200 jobs.”

Michael E. Kanell reports that Metro Atlanta’s median home price last month reached $349,000, rising again after a lull of several months, as the supply of homes for sale continued to dwindle, according to a report from Re/Max. After leveling off in late summer, prices moved up 4% in October from the month before.

Chart Riggall reports that Federal and local officials aren’t yet sure how big a slice Cobb will get of the $1.2 trillion infrastructure bill passed this month, but Drew Raessler, the county’s transportation director, said being “project-ready” will be critical to the county’s success. The key, Raessler told the MDJ, will likely be making sure Cobb has its ducks in a row, project-wise.

Mary Landers reports that school buses are typically loud, and not just from all the kids yelling. About 95% of America school buses have rumbly, noisy and polluting diesel engines. But not the buses at the Clean Energy Road Show, which rolled into Savannah’s Georgia Tech campus Thursday.

Ellen Eldridge reports that no state in the nation is exempt from a burden of illness that stems from lack of access to care, poor quality of available care and preventable mortality, but the disparities in Georgia are more pronounced, according to the latest scorecard from the Commonwealth Fund. Part of the reason is that Georgia is one of a dozen states that did not expand Medicaid.

Curt Yeomans reports that State Rep. Beth Moore, D-Peachtree Corners, will try to make the jump from the Georgia House of Representatives to the Georgia Senate next year. Moore, who has served in the House since she was first elected in 2018, announced that she will run for one of Gwinnett’s new seats in the Senate.

Ross Williams reports that Gov. Brian Kemp has yet to sign off on the maps that will govern Georgia’s political future for the next decade, but 2022 is already heating up as Democratic Congresswoman Lucy McBath announced she will take her 2022 campaign on the road and seek re-election not in her current district, now drawn to favor a Republican next year, but in the neighboring district now represented by fellow Democrat Carolyn Bourdeaux.

Dave Williams reports that the Republican-controlled state House of Representatives approved a new congressional map Monday, the final act in a once-a-decade redistricting special session. House members voted 96-68 virtually along party lines after Democrats complained Republicans drew a map that targeted a Black woman incumbent and spread minority voters thin in order to retain a GOP majority in Georgia’s congressional delegation through the end of this decade.

Greg Bluestein reports that two landmark Atlanta infrastructure projects are getting a shot in the arm from a U.S. Department of Transportation grant. Transportation Secretary Pete Buttigieg said in an interview Monday that $900,000 in grant funding would advance the “Stitch” project, which aims to put a massive park over parts of the Downtown Connector.