Abraham Kenmore reports, the price tag on Plant Vogtle’s Unit 3 and 4 expansion took less than a month to jump about $300 million more than the projection given Oct. 21 by staff at Southern Nuclear, the subsidiary in charge of the plant. That increases Georgia Power’s projected total cost to $9.5 billion. 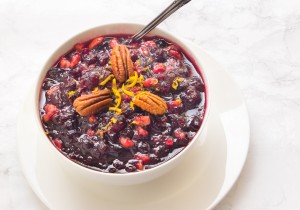 Michael E. Kanell reports that Home Depot on Tuesday reported a nearly 10% jump in sales last quarter, much of it attributed to a continuing surge in home improvement projects brought on by a hot housing market. Executives of the Vinings-based retail giant said a spike in housing prices over the past year has encouraged owners to invest in their homes, spurring demand for tools, materials and services.

Andrew Shearer reports, while watching the credits of Disney’s “Jungle Cruise” one night, Athens-based real estate developer Joel Harber noticed the movie was made on location in Hawaii and on sound stages in Atlanta. With a desire to put his hometown on the map for Georgia film production, Harber began his own quest to make that a reality.

There are more jobs than jobless people in 42 states, including Georgia

Tim Henderson resports, a record number of job openings and fewer workers to fill them have left 42 states with more available jobs than people looking for work, according to an analysis of federal statistics from August, the latest available. The ratio of jobs-to-jobless is almost 3 to 1 in Nebraska and more than 2 to 1 in Utah, New Hampshire, Vermont, Idaho, Georgia, Alabama and Montana. In most states, the ratio is higher now than it was before the pandemic.

Trevor Williams reports that as Delta Air Lines Inc. resumes flights to two German hubs this year, the fate of the longstanding nonstop flight to Stuttgart, the hometown of two auto giants with U.S. headquarters in Atlanta, remains unclear. While Stuttgart is a smaller market than some others, the flight to the auto powerhouse in the state of Baden-Württemberg has been an important draw for German auto makers and suppliers.

Mary Landers reports, when Sister Mary Jean Sliwinski learned of plans to mine near the Okefenokee Swamp in southeast Georgia, she knew how she could make her community’s voice heard all the way from her base in Buffalo. Sliwinski, the provincial sustainability coordinator for the Felician Sisters of North America, planned to talk the language of business. Money.

Will Peebles reports that Georgia’s redrawn State Senate maps gained approval Tuesday, and Chatham County looks like a jigsaw puzzle with a new piece. For the first time in decades, Chatham will be home to three Senate districts instead of two.

Curt Yeomans reports that a pair of controversial bills that would have expanded the Gwinnett County Board of Commissioners and changed the way the county’s school board is elected have been put on ice until at least 2022. State Sen. Clint Dixon, R-Buford, went to the full Senate on Tuesday and had the bills sent back to the chamber’s State and Local Government Operations Committee.

Nyamekye Daniel reports that Georgia lawmakers were presented a plan to offset revenue loss amid a transition to fuel-efficient and electric vehicles by enacting per-mile fees on drivers. The state uses transportation fees and fuel taxes to support road maintenance and construction.