Staff reports that the Georgia Department of Economic Development (GDEcD) today announced that family-owned Hawaiian foods company King’s Hawaiian has invested more than $30 million in expanding their operations in Oakwood, Georgia, over the past two years. The company is hiring for several positions at different skill levels. 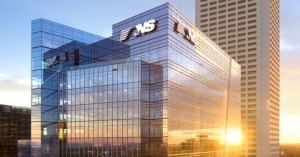 UPDATE: Rivian electric vehicle plant may be coming to Georgia

Andy Peters, Greg Bluestein, Matt Kempner and J. Scott Trubey report that Georgia may be in line for a new car factory, this time for vehicles powered by electricity instead of gasoline. Electric truck and SUV maker Rivian Automotive is in late-stage discussions to open a vehicle manufacturing and battery plant east of Atlanta along Interstate 20, according to people with knowledge of the deal.

Andy Miller reports that Dr. Jonathan Lewin is stepping down as Emory Healthcare CEO and chairman after six years — a period that saw strong growth in the Atlanta-based system. Lewin, who is also executive vice president for health affairs of Emory University and executive director of the Woodruff Health Sciences Center, will remain in all the positions until a successor is named.

Staff reports, as we quickly approach the holiday travel season, Atlanta’s Hartsfield-Jackson Airport is consolidating their rideshare pickup locations. Beginning Monday, Nov. 15, you can catch an Uber or Lyft ride at the designated area on the north lower level near the north parking deck.

Gordon Jackson reports that Glynn County is preparing for the second phase of a study to determine how the city and county will respond to sea level rise. The objective of the first phase completed in September was to gather shoreline related data including beaches, marshes and rivers and to evaluate the exposed shoreline and explore preventative measures.

Alan Mauldin reports, addressing mental health issues exacerbated during the COVID-19 pandemic should be a priority when deciding how to spend federal recovery dollars, a medical professional told Dougherty County Commission members Monday. Mental health initiatives, including a program for assisting jail inmates, are part of a proposal for spending federal recovery funds.

Curt Yeomans reports that a former lawmaker who represented Buford in the Georgia House of Representatives for two terms in the early 2010s has announced he will run for U.S. Senate in 2022. Former state Rep. Josh Clark, who now lives with his family in the Flowery Branch area in Hall County, kicked off his Senate campaign on Monday.

Dave Williams reports that Georgia Senate President Pro Tempore Butch Miller pre-filed legislation Monday calling for the repeal of the state income tax. Miller, R-Gainesville, who is running for lieutenant governor, cited the large budget surplus the state posted at the end of the last fiscal year in June, which is likely to continue through the current year.

Nyamekye Daniel reports that the Georgia House approved a new Senate legislative district map Monday despite accusations of gerrymandering. The map, which outlines the state Senate district boundaries for the next decade, now heads to Gov. Brian Kemp.

Conner Evans reports that Georgia House Republicans on Monday rubber-stamped the new districts that state senators drew for themselves, completing redistricting for both chambers of the General Assembly. District 30 Rep. Emory Dunahoo, R-Gillsville, was drawn out of his current district and into District 31, which includes much of Jackson County and part of East Hall.

Patricia Murphy, Greg Bluestein and Tia Mitchell report that a debate over whether to allow certain books with “obscene” material is coming to Georgia. State Rep. Jan Jones, the No. 2 Republican in the Georgia House, wrote on Twitter over the weekend that she’s working with two fellow GOP legislators on a proposal next year to “ensure obscene materials have no place in public schools.”