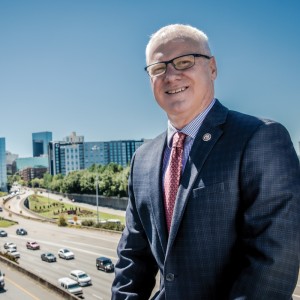 Keeping Georgians on the Move

Patty Rasmussen reports that infrastructure is one of the few domestic issues on which both political parties in Washington and in Georgia appear willing to compromise. Witness the U.S. Senate’s Aug. 10 passage of the $1 trillion infrastructure bill, a bipartisan effort that, among other goals, aims to address such transportation items as repairing roads and bridges ($110 billion), modernizing public transit ($39 billion) and beefing up electric vehicle (EV) adoption ($15 billion).

Adrianne Murchison reports that the builder of the multibillion-dollar Nashville Yards development in Tennessee is planning a 52-acre mixed-use project on Windward Parkway at Westside Highway in Alpharetta. Southwest Value Partners built Nashville Yards on 18 acres in that city’s downtown district and is planning a project nearly three times as big in north Fulton.

Staff reports that Governor Brian P. Kemp on Friday announced that the Georgia Ports Authority has completed and is now operating the second set of nine new rail tracks for a total of 18 tracks at its Mason Mega Rail Terminal. The expansion immediately increases intermodal capacity to and from the Port of Savannah by more than 30 percent.

Staff reports that United States military agencies often look to the Georgia Institute of Technology to recruit highly skilled workers, drawing from the Institute’s expertise in fields such as aerospace engineering and cybersecurity. Today, with modern warfare increasingly fought via satellite control networks, a new branch of the U.S. military has taken notice of Georgia Tech.

Alan Mauldin reports that it’s a rare occasion when southwest Georgia farmers are humming the “Rain rain, go away” tune, but 2021 was an unusual year that saw heavy rainfall during the growing season for the region’s row crops. The rain-soaked ground delayed applications of fertilizer and pesticides, damaged plant roots and delayed harvests.

Curt Yeomans reports that Gwinnett County found itself at the center of a political storm steeped in allegations of partisan politics and racism at the state Capitol this past week after the county’s lone Republican senator put forward a pair of bills targeting the county commission and school board.

Donna Lowry reports that the first map of the 2021 redistricting Special Session is headed for the governor’s desk for a signature.  The Senate passed the House legislative map 32-21 with one Republican voting with Democrats against it.

Laura Olson and Stanley Dunlap report that states, cities and counties that excelled at distributing emergency federal aid to renters struggling during the pandemic may soon be rewarded—with yet more cash. Their new funding would be drawn from sluggish states like Georgia and localities that didn’t move as swiftly to help people facing eviction and homelessness, who were targeted for billions in assistance in relief legislation passed by Congress.

Some hiccups expected in rollout of federal infrastructure spending bill

Dave Williams reports that the bipartisan $1.2 trillion infrastructure spending bill Congress passed early this month promises massive investments in Georgia highways and bridges, public transit, electric-vehicle charging stations and broadband deployment. But some of the infrastructure improvements the legislation will help fund will come sooner than others.

Biden taps veteran federal prosecutor as US attorney in Atlanta