Dave Williams reports that Atlanta-based Southern Co., the parent of Georgia Power, is doubling down on its commitment to reduce its reliance on coal. The nation’s third largest utility has announced plans to close most of its coal-burning units at Plant Scherer, Plant Bowen, and Plant Wansley in Georgia as well as coal units at two Southern plants in Alabama. 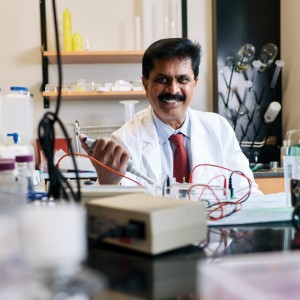 Kenna Simmons reports, research at Georgia’s universities isn’t what it used to be. And that’s by design. A generation (or two) ago, elite scientists may have shunned the market side of research and technology, says Susan Shows, president of the Georgia Research Alliance (GRA).

James Salzer reports, an Atlanta mobile bartending service, incorporated in June 2020, requested $165,000 in federal COVID-19 relief funding. A tourist train line in rural South Georgia asked for $947,000, or it may have to shut down.

Staff reports that at a formal ceremony in Washington, D.C., today, Georgia Department of Economic Development (GDEcD) Deputy Commissioner for International Trade Mary Waters accepted the President’s “E Star” Award for Export Service on behalf of the State of Georgia. The award, which is the highest honor given to providers of services to U.S. exporters, was presented by U.S. Department of Commerce Secretary Gina Raimondo.

A national report lists Gainesville as a hotspot for cancer-causing air pollution. Local officials say there’s more to the story.

Nick Watson reports, a national report from ProPublica lists Gainesville and Kubota as a hotspot for cancer-causing air pollution. Corporate and government officials told The Times this week that there is more to the story and the data behind it.

Asia Ashley reports that amid the Atlanta Braves’ World Series Championship parade Friday and only having released the proposed Georgia state Senate redistricting map less than three days before, the Senate redistricting committee voted 9-4 to approve the map despite the public’s requests for more time to review it. State Senate Committee Chair John Kennedy, R-Macon, argued there had been ample time for public input as nearly a dozen hearings had been held this year.

Staff reports that Governor Brian P. Kemp and Attorney General Chris Carr on Friday announced the State of Georgia has filed a lawsuit challenging the Biden administration’s employer vaccine mandate. The Emergency Temporary Standard (ETS) setting forth the mandate was published in the Federal Register on Nov. 5, 2021.

Nick Wooten reports, state lawmakers are in the midst of their once-in-a-decade task of redrawing Georgia’s state and congressional legislative districts. While much attention will be given to changing boundaries in metro Atlanta, shifts in the Columbus and Macon areas could have long-term consequences.

At Cobb GOP breakfast, Herschel Walker calls for Republican unity; says left can get out of America

Jon Gillooly reports, as the “Battle Hymn of the Republic,” played before a crowd of more than 400 people, Herschel Walker, who hopes to be Georgia’s next U.S. senator, jogged up to the stage during the Cobb Republican Party’s Saturday breakfast meeting. Embracing Cobb GOP Chair Salleigh Grubbs, Walker stepped up to the microphone to acknowledge where he was: Roswell Street Baptist Church.

Danny Hakim and Richard Fausset report, as the House committee investigating the Jan. 6 Capitol riot fights to extract testimony and documents from Donald J. Trump’s White House, an Atlanta district attorney is moving toward convening a special grand jury in her criminal investigation of election interference by the former president and his allies, according to a person with direct knowledge of the deliberations.

Ty Tagami reports that next year’s election for state school superintendent promises a matchup between the current office holder and the one who preceded him. After expressing uncertainty last month about whether he would run, former State School Superintendent John Barge now says he will campaign in the Republican primary against incumbent Richard Woods, perhaps borrowing a page from the successful GOP strategy used in one high-profile election last week.