Staff reports that the Atlanta Braves are World Series Champions for the first time in nearly two decades with their 7-0 win over the Astros in Houston during Game Six on Tuesday. Only the fourth team to go from a losing record before the All-Star break to the Fall Classic, the Braves have pulled off the near-impossible to become World Series Champions. 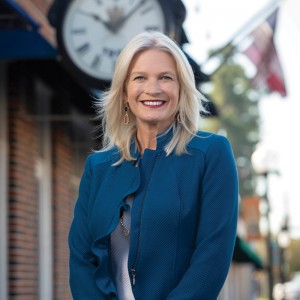 Betty Darby reports, the Gilman Paper Co. dominated the town of St. Marys and the rest of Camden County for almost 60 years before it ended its run in 2002. That loss of 900 jobs could have left the county reeling. But there was another major player in town that had been taking shape and creating jobs since 1978.

Eric Stirgus reports that the social media company, Snap, announced Wednesday it is giving Georgia State University $5 million as part of a nationwide effort to prepare Black and Latinx Americans for careers as computer science teachers. Black and Hispanic Americans are underrepresented as computer science educators, some statistics show.

Georgia Power gets OK to recover $2.1B from customers for Plant Vogtle expansion

Dave Williams reports that Georgia’s utility-regulating agency voted unanimously Tuesday to let Georgia Power pass on to customers $2.1 billion of the costs of completing the first of two new nuclear reactors at Plant Vogtle. That figure, which will boost average residential customer bills by $3.78 a month, was set in an agreement the Atlanta-based utility and the state Public Service Commission’s (PSC) Public Interest Advocacy Staff reached last month.

John Ruch reports that on an Election Night that coincided with the Braves winning the World Series, many races were headed into a Game 2 of their own. The contests for mayor, City Council president, and several council seats — including those held by two incumbents — appeared to be headed for runoffs Nov. 30, according to unofficial election results that were still trickling in after 1 a.m.

Amy Wenk, Sammie Purcell and Bob Pepalis report that there are still votes left to count in Fulton County. As of 1 a.m., Sandy Springs Mayor Rusty Paul was leading Dontaye Carter with almost 70 percent of the votes.

Conner Evans reports that Councilman Sam Couvillon won the Gainesville mayor seat Tuesday, Nov. 2, with 70.2% of the vote, defeating newcomer and U.S. Army veteran Devin Pandy. Couvillon has served as the Ward 1 City Councilman since 2013, and he works as a benefits agent at Turner, Wood and Smith.

Curt Yeomans reports that Gwinnett County commissioners voted to hold off on making a final decision about a proposed change to a county ordinance that would decriminalize the possession of small amounts of marijuana on Tuesday. The proposed change, which would have meant a person who possessed an ounce or less of marijuana could avoid going to jail for the crime, was initially rejected by commissioners in a 3-2 vote, but the board then voted 3-2 to table the issue until early December.

Will Peebles reports, the race for Georgia House District 165 is over, and former Savannah Mayor Edna Jackson will succeed longtime Rep. Mickey Stephens, according to unofficial results. A total of 5,145 voters cast their ballot in this five-candidate race. Jackson won with 53.26% of the vote, with former Board of Elections Member Antwan Lang finishing second with 18.68%.

Ross Williams reports, on Wednesday at 10 a.m., Georgia’s lawmakers are set to become mapmakers, gaveling in for a special session to redraw political boundary lines for a state on a metro-area growth surge as rural communities shed people. Elected officials from both parties began drawing up map ideas long before the session’s start.

What to watch as Georgia’s redistricting session begins

Maya T. Prabhu and Mark Niesse report that Georgia’s lawmakers are back in Atlanta on Wednesday to tackle redrawing the state’s political district lines, a one-in-a-decade effort that will help determine representation for years to come. It’s a contentious process, where the Republican-controlled General Assembly will likely spend weeks seeking to solidify GOP majorities in Congress, the state House and the state Senate — and may even attempt to expand their margins.