Staff reports that Governor Brian P. Kemp announced on Wednesday that bicycle company Cannondale, a premium brand of Dorel Industries, Inc. will open a new state-of-the-art U.S. assembly facility in Effingham County. This expansion in Georgia will bring 60 jobs to Effingham County, doubling the company’s current workforce in the region. 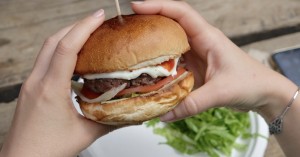 Mary Ann DeMuth reports, at last week’s Sunbelt Ag Expo in Moultrie, a Colquitt-based nonprofit was working to strengthen the food pipeline from the farm to the hospital. The Georgia Rural Hospital Food Collaborative, formed in May of this year, has been partnering with Georgia farmers to help them sell their vegetables, fruits, beef and pork directly to hospitals and healthcare facilities in rural communities.

Kelly Yamanouchi reports that an Atlanta City Council committee is urging companies to pay airport custodial workers at least $15 an hour. But the committee vote could prove merely symbolic even if it is approved by the entire council.

World Series economic impact estimated to be in the millions

Tim Darnell reports that Cobb County can expect an economic windfall of at least $5 million each night that Truist Park hosts the World Series, says an Emory economic and business professor. “It could go up to about $10 million per night, but that figure might be on the high side,” said Tom Smith of the Goizueta Business School.

Marc Weiszer reports that just days before Georgia and Florida renew their football rivalry, the Jacksonville City Council Tuesday night approved a contract to keep the game in that city with a similar structure that the schools agreed upon two years ago. The game will be played in Jacksonville at least through the 2023 season with the schools having an option to extend the deal two more seasons through 2025.

Joshua Mixon reports that the owner of St. Francis-Emory Healthcare is merging with a hospital chain to create a new healthcare company by the end of 2021. LifePoint Health, owner of the hospital, and Kindred Healthcare announced plans Tuesday to establish ScionHealth, a new national health system that will launch at the close of LifePoint’s acquisition of Kindred.

David Pendered reports that the number of North Atlantic right whales has dropped to a 20-year low, and the calving grounds off the coasts of Georgia and two adjoining states aren’t hosting enough births to outpace deaths, new reports confirm. The latest report states only 336 right whales are currently alive.

Andy Miller reports that many patients dealing with mental health crises are having to wait several days in an ER until a bed becomes available at one of Georgia’s five state psychiatric hospitals, as public facilities nationwide feel the pinch of the pandemic. “We’re in crisis mode,’’ said Dr. John Sy, an emergency medicine physician in Savannah.

Hank Rowland reports, frustrating, heartbreaking, complicated —words used by House Speaker David Ralston and Rep. Don Hogan to describe the abysmal state of mental health care in Georgia and efforts to elevate it. “I don’t have a higher priority than to improve our mental health delivery system in Georgia,” Ralston told The News while in Glynn County this week.

Nyamekye Daniel reports that Georgia Attorney General Chris Carr is among a group of state attorneys general calling on the Biden administration to disavow its endorsement of a letter by the National School Boards Association (NSBA). The NSBA sent the letter to Biden asking the federal government to stop threats and violence against students, school board members, teachers and other school officials from parents opposed to mask mandates and the teaching of critical race theory.

Stephannie Stokes reports that the city of Calhoun, about an hour north of Atlanta, recently blocked a tiny homes development. Now, a lawsuit argues it violated the Georgia constitution. The development plans started because of a problem in Calhoun.

David Perdue is considering a primary challenge against Brian Kemp

Greg Bluestein reports, former U.S. Sen. David Perdue is seriously considering mounting a Republican primary challenge against Gov. Brian Kemp, according to a number of GOP activists and operatives, which would set up a divisive showdown between two of Georgia’s biggest political figures in the 2022 election.