Nyamekye Daniel reports that members of a Georgia legislative panel said Friday they plan to push for a second deadline extension for entities to apply for federal aid. Georgia must divide more than $8.1 billion in direct aid from the latest COVID-19 relief package. 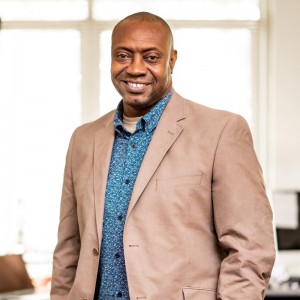 Susan Percy reports that Georgia Athletic Association Distinguished Professor of Geography and Atmospheric Sciences, University of Georgia Meteorologist Marshall Shepherd, who grew up in Canton, is an international authority on weather and climate and a past president of the American Meteorological Society.

Matt Kempner reports that Georgia Power flagged new delays at its Plant Vogtle nuclear expansion, a prospect that could lead to more cost overruns paid for by millions of Georgians. It’s the fourth such announcement the company has made just in the last six months about the troubled construction project, described as the largest in state history.

How scarcity of trucks, trailers, drivers is hurting supply chain

Conner Evans reports, increased demand in recent months means more trucks need to be on the road, but like many other products in the disrupted global supply chain, large trucks, trailers and drivers are all hard to come by for logistics firms trying to get products from point A to B.

Fort Colin Powell? Some want this Confederate-named base to honor the late General

Nick Wooten reports that calls to rename a Confederated-named military base after the late Gen. Colin Powell have increased following his death last week, a representative of the commission tasked with renaming those military assets told the Columbus Ledger-Enquirer.

Sammy Fretnor, David Raynor and Adam Wagner report that thousands of acres of salt marshes that buffer the South Atlantic coast from hurricanes, sustain the seafood industry and bolster the tourism economy are in danger of washing away, victims of booming development and limited government oversight that have made the threat of sea level rise more menacing.

Lauren McDonald reports that a recent study that analyzed market demand on Jekyll Island indicated that residential development will be the best use of an undeveloped oceanfront property. The study aimed to determine the best way to develop the 6.9-acre property that once housed the Buccaneer Hotel, one of the last remaining pieces of developable land on the island.

The Georgia File: Running on Hope

Brian Robinson writes, you don’t know the name Bryan Miller, but you’ve probably heard of his grandfather, Zell. When Bryan announced his run as a Democratic candidate for Georgia lieutenant governor this summer, no story failed to mention his lineage.

Okefenokee mine project: What is titanium used for?

Mary Landers reports, titanium ranks as the ninth most abundant element on earth, just ahead of hydrogen. But even though there’s a lot of the metal deemed critical for national security, it is found in scattered clusters, something that makes supply undependable.

Jamie Thompson reports that a fundamental tenet of police training in the United States is that officers who fire their weapons in response to a deadly threat should always aim for “center mass,” generally the chest. That’s the biggest target and so the easiest to hit.

Jill Nolin reports that process of law-making will continue to look a little different when state legislators return to the Gold Dome next month to draw new district maps. House Speaker David Ralston, a Blue Ridge Republican, sent a memo to the 180 state representatives on Thursday saying face masks and routine testing will still be required, as lawmakers convene for a third time since the pandemic abruptly ended last year’s session.

Emil Moffat reports that as the Georgia economy and the U.S. economy looks to bounce back from the effects of the pandemic, a big problem is standing in the way — supplies. From microchips used to make cars, to the materials used to build houses and much more.

Stanley Dunlap reports that U.S. Sen. Jon Ossoff pledged Friday to continue fighting for clean energy legislation despite doubts about what policies Congress will be able to pass through President Joe Biden’s sweeping economic plan. At an Atlanta Press Club event Friday, the Georgia senator expressed optimism about the potential for reducing carbon emissions through investments in clean energy in spite of the tough ongoing negotiations over the Democrats’ spending package.

Greg Bluestein reports, moments after the Atlanta Braves advanced to the World Series for the first time in decades, Gov. Brian Kemp took a swing at Major League Baseball and his Democratic archrival for a snub earlier this year. The first-term Republican fired off a tweet as Braves players were celebrating their victory over the hated Los Angeles Dodgers that invoked MLB’s decision to yank the All-Star game from Truist Park earlier this season – and again tried to blame Stacey Abrams for the controversial move.