Staff reports that Governor Brian P. Kemp announced Wednesday during a groundbreaking ceremony that Silicon Ranch Corporation, the U.S. solar platform for Shell and one of the nation’s largest independent producers of solar power, has committed to invest more than $220 million in Lee County, Georgia to construct the 250-megawatt (MWAC) DeSoto Solar Farm. Governor Kemp and the project partners were joined at the groundbreaking ceremony by state and local officials, as well as the leadership of several of Georgia’s EMCs from across the state. 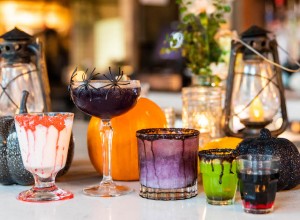 Sucheta Rawal reports, ‘tis the season! With pumpkins, turkeys and candy on our minds, the last quarter of the year is all about celebrations over food. Restaurants and bars across the state are getting creative with food and drink items to get customers into the celebratory spirit.

Spanx, the shapewear brand, valued at $1.2 billion in Blackstone deal

Rob McLean and Jill Disis report that Spanx, one of America’s most prominent shapewear companies, is now worth $1.2 billion after inking a deal with Blackstone. The private equity firm will take a majority stake in the brand, the two companies announced Wednesday.

The Port of Savannah is experiencing a backlog of shipping containers

Tiffany Griffith reports that the Port of Savannah is so backlogged with shipping containers, that if you lined them up from end-to-end, they could stretch from Atlanta to Windsor, Canada. There are currently 80,000 containers at the port right now. Griff Lynch, the executive director of the Georgia Ports Authority, said the port has been been dealing with this crisis since commerce picked up again in September 2020.

T.D. Jakes expects his development plan for Fort Mac to be accepted within 24 hours

Maria Saporta reports that Bishop T.D. Jakes, speaking virtually from Dallas at the HOPE Global Summit in Atlanta Wednesday, described his vision to develop 95 acres of land at the former Fort McPherson in southwest Atlanta. “We’re at the final stages of closing [on buying the land],” Jakes said during a conversation with Operation HOPE founder John Hope Bryant.

Mary Landers reports that Georgia’s loggerhead sea turtles didn’t set any records this nesting season. But they did just what Georgia Sea Turtle Coordinator Mark Dodd expected. His models predicted a total of about 2,400 nests. The final count? 2,484. 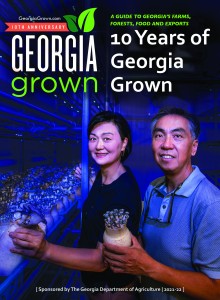 Staff reports that the Georgia Agriculture Department’s annual Georgia Grown Magazine is now available. Celebrating its tenth anniversary, the magazine is dedicated to our state’s number one industry.

Heidi Murphy reports that Harold D. Melton, who previously served as the chief justice of the Georgia Supreme Court, has been named the holder of the Carl E. Sanders Chair in Political Leadership at the University of Georgia School of Law. In this role, he will teach a seminar during the spring 2022 semester titled “Representing the State.”

Nyamekye Daniel reports that a group of judges told the Senate Committee on Public Safety the state should provide data and technology upgrades, more pretrial supervision and better pay in the criminal justice system to combat crime. Reports show an increase in crime across the state this year. Crime in Atlanta doubled in the spring, according to reports.

Tim Darnell reports that only hours after another deadly shooting in Atlanta, several law enforcement officials told members of the Georgia Senate Public Safety Committee Wednesday what they need to lower crime rates and reduce stress on their judicial systems. “If you want crime to come down, you need to invest in those patrol officers working the street,” said Pete Skandalakis, executive director of the Prosecuting Attorney’s Council of Georgia.

Greg Bluestein reports that the state’s healthcare system regroups after the latest surge in coronavirus cases, the advocacy group founded by Democrat Stacey Abrams is launching a new seven-figure ad campaign that urges Gov. Brian Kemp to give struggling Georgians a shot in the arm by supporting an expansion of Medicaid.