Molly Samuel reports that the U.S. Environmental Protection Agency is asking Sterigenics, a Cobb County company that has come under fire in the past few years, to report its releases of a toxic gas. The company sterilizes medical equipment using ethylene oxide, which can cause cancer. 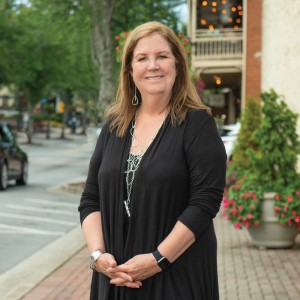 K.K. Snyder reports, with momentum not even a pandemic could halt, the four North Fulton County communities of Alpharetta, Johns Creek, Milton and Roswell continue to polish their appeal to residents, visitors and potential employers, offering small town living with big city amenities. All boast booming town centers, each with a distinct identity, and expertly promote local shopping, dining and playing.

Michael E. Kanell reports that Metro Atlanta home prices barely budged for a fourth straight month in September after soaring earlier in the pandemic. But the number of “for sale” signs remains historically low, representing a continued challenge for prospective home buyers and suggesting prices won’t be heading lower any time soon.

John Bailey reports that Ball Corp. has closed on the sale of the last available lot at the North Floyd Industrial Park, a move that finalizes decades of work at the 110-acre property located at the intersection of Ga. 53 and 140. The company plans a 750,000-square-foot warehouse and distribution center on the property to the tune of $51.8 million.

Trevor Williams reports that Atlanta-based Pindrop is drastically shrinking its headquarters footprint even as it succeeds in landing world-class talent and growing its global reach in a topsy-turvy pandemic era.  The Atlanta-grown tech company, which has raised about $220 million since it launched 10 years ago, will move in January from 85,000 square feet at the Biltmore in Midtown to a space less than a third as large (25,000 square feet) on the seventh floor of a new West Midtown mixed-use development called The Interlock.

Maria Saporta reports, fresh from selling Blackhall Studios, Ryan Millsap is developing a streaming service – Blackhall Americana – that will cater to the action-adventure market. Millsap on Tuesday announced Blackhall Americana, which will develop its own content. He is in the process of a $300 million capital raise, which he plans to complete in the first quarter of 2022.

Gordon Jackson reports that Brunswick city commissioners at Wednesday’s meeting will consider an agreement with the Golden Isles Development Authority to distribute $1.2 million in Brunswick Business Relief Grant funds for workforce development. The grants, with a ceiling of $15,000 and an additional $5,000 workforce incentive, will be awarded quarterly to businesses to help pay for internships, hiring bonuses and retention wage increases.

Anna Varela reports that Georgia State University’s Gerontology Institute has received a $1.58 million grant to support training nursing home staff across the state to improve care for residents with dementia. The training will emphasize new trauma-informed approaches and reducing the use of antipsychotic drugs to manage residents’ symptoms.

Jill Nolin reports, a large manufacturer is busily cranking out solar panels in Dalton. A leading manufacturer of school buses based in Fort Valley says it will be nearly all electric by 2030. And a group of north Georgia residents rallied to stop biomass plants from burning creosote-soaked railroad ties. Georgia clean water advocates are pointing to these changes in a new report as signs the push for clean energy is gaining traction in the state.

Dale Russell reports that the state of Georgia has settled a whistleblower lawsuit filed by three long-time Insurance Department employees who claimed then Commissioner Beck fired them because he believed they leaked information to Senior I-Team reporter Dale Russell. “I think the primary lesson here is that these ladies are heroes or should be heroes,” says the employee’s lawyer Ed Tarver.

Stephen Fowler reports that a GPB News analysis of campaign finance reports after the third quarter reporting deadline finds candidates in Georgia’s 14 House seats and one U.S. Senate seat are sitting on more than $42 million in campaign cash heading into the final months of 2021. The 44 candidates that have raised more than $5,000 this cycle have collectively brought in more than $56 million — or enough to fund the city of Atlanta’s general budget for about a month.

Patricia Murphy, Greg Bluestein and Tia Mitchell report, in the harshest attack yet in the GOP race for U.S. Senate, Agriculture Commissioner Gary Black launched a radio ad accusing former football standout Herschel Walker of supporting “amnesty” for undocumented immigrants. In the minute-long ad released today, Black invoked past remarks by Walker supporting a pathway to citizenship for millions in the country illegally.