More than 100 church leaders oppose mine near Okefenokee

Gordon Jackson reports, more than 100 religious leaders across Georgia have sent a letter to state and local elected officials voicing opposition to a proposed mine near the Okefenokee National Wildlife Refuge. In letters to the governor, two U.S. senators and the Charlton County Commission, ministers, rabbis and imams described the world-famous swamp as “one of the state’s seven natural wonders” and a “uniquely holy and sacred space.” 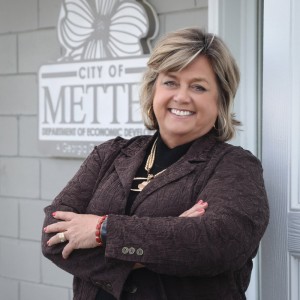 Betty Darby reports that it’s hardly a surprise that things are growing in Metter and Candler County. It’s a rural area. But in addition to the row crops, livestock and even hemp that you’ll find here, you’ll also discover a crop of innovation just taking root.

Kelly Yamanouchi reports that the lingering effects of a massive disruption of Southwest Airlines flights over the weekend continued into Monday in Atlanta and nationally. The airline had already canceled about 363 flights as of Monday afternoon, or 10% of its total flights.

Staff reports that the Georgia Trust for Historic Preservation presented 20 awards recognizing the best of preservation in Georgia during its 44th annual Preservation Awards ceremony in Macon. The David T. Howard Middle School in Atlanta received the Marguerite Williams Award for Excellence in Rehabilitation, presented annually to the project that has had the greatest impact on preservation in the state.

‘It’s Not Sustainable’: What America’s Port Crisis Looks Like Up Close

Peter S. Goodman reports, like toy blocks hurled from the heavens, nearly 80,000 shipping containers are stacked in various configurations at the Port of Savannah — 50 percent more than usual. Some 700 containers have been left at the port, on the banks of the Savannah River, by their owners for a month or more.

Housing developments plans, potential, popping up across the area

John Bailey reports that housing developments in Floyd County, planned and proposed, are springing up at a rapid pace after years of a scarcity of available residences in an affordable price range. Farthest along is the Crestwood subdivision across from the North Point subdivision on the North Broad Street Extension.

Trevor Williams reports that despite the pandemic and some struggles in the U.S.-France relationship, this fall has already brought about an optimistic time of transitions in Atlanta’s French business community, the country’s consul general told Global Atlanta. This week, the consulate kicked off its annual France-Atlanta series with Georgia Tech, an exploration of science, technology business and humanitarian topics now entering its 12th year.

Jeff Gill reports that nearly a half million square feet in warehouse space in what has become a fast-growing industrial hub in South Hall was recommended for approval Monday, Sept. 20, by the Oakwood Planning Commission. The 44-acre development would be next to another development featuring two warehouses totaling more than 600,000 square feet and about a mile north of a 600,000-square-foot Makita plant off Falcon Parkway south of H.F. Reed Industrial Parkway/Martin.

Stanley Dunlap and Jill Nolin report, at 656 feet long and big enough to haul more than 4,000 automobiles, the hulking Golden Ray ship has been hard to miss in the St. Simons Sound, where it laid on its side for more than two years. Now, after years of setbacks from oil spills, a fire, hurricanes and a change in contractors, a salvage crew is working to remove the last section of the South Korean car carrier.

Brian Hill reports that Georgia Secretary of State Brad Raffensperger has called the U.S. Department of Justice to investigate allegations that employees in Fulton County shredded hundreds of voter registration applications in the past few weeks. According to officials, the county allegedly shredded 300 paper voter registration applications in the last two weeks.

Tim Darnell reports that an Augusta-area resident who has taken on the challenge of bringing healthy food choices to his historically impoverished community plans to take his findings to a special state Senate committee investigating food deserts and food insecurity. Javon Armstrong lives in Sand Hills, an historic African American neighborhood in west Augusta also known as Elizabethtown adjacent to the National Register-listed Summerville Historic District.

Mark Niesse reports that when Georgia Republicans passed a new voting law, voting rights groups feared democracy-shattering barriers would undermine elections. But a body of research on voting rules such as those in Georgia doesn’t support the narrative that turnout will decline significantly because of the law.