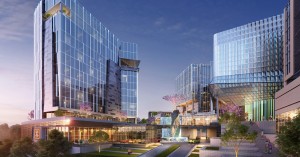 Mary Ann DeMuth reports that the city of Alpharetta continues to grow, attracting businesses, residents and visitors with unique amenities. One that’s on the drawing board and recently approved by the city council is The Bailey, billed as a tech-centric luxury metroplex.

Eric Stirgus reports that several thousand Georgians serving in the military or working in public service jobs such as teachers, firefighters and nurses will soon get relief on their student loans. U.S. Department of Education officials announced Wednesday they are making several temporary changes to the federal government’s Public Service Forgiveness Loan (PSFL) program, which forgives the remaining student loan balance for borrowers in these types of jobs after they’ve made 10 years of payments.

Trevor Williams reports that the Georgia Department of Economic Development’s trade and investment offices in Latin America have sourced a diverse array of trade leads, ginning up demand for Georgia products in bioscience, defense and food industries, among others. In Brazil, customers are in search of biosensors for microRNA detection on blood samples, firearms, refinery bleach for sugar mills and retail wine.

Joe Hotchkiss reports that an Augusta brick factory operating since the 19th century has become part of the world’s largest building-materials supplier. With the completed acquisition of Meridian Brick from multinational Boral Ltd. and an affiliate of Lone Star Funds, the company with a local plant on Arthern Road is now part of General Shale, which signed the purchase agreement to acquire Meridian last December.

Gwinnett commissioners postpone decision on decriminalizing marijuana for one month

Curt Yeomans reports that Gwinnett County commissioners put the brakes — for now — on a proposal to eliminate jail time as a punishment for violating a county ordinance barring the use of small amounts of marijuana on Tuesday. The county commission voted to table a proposal to “decriminalize” possession of an ounce or less of marijuana under a county ordinance until its Nov. 2 meeting.

Jill Nolin reports that a group of more than 100 faith leaders in Georgia have come out in opposition to a proposal to mine near the Okefenokee Swamp and are calling on religious-minded state and local decision makers to reject any plans to mine close to the swamp. Dozens of faith leaders, including Christian ministers, rabbis and imams, added their name to a letter on its way to the governor, the state’s U.S. senators and local county commissioners.

Deepa Shivaram reports that Black residents in the rural South are nearly twice as likely as their white counterparts to lack home internet access, according to a new study from the Joint Center for Political and Economic Studies. The study, published Wednesday, examined 152 counties in Alabama, Arkansas, Florida, Georgia, Louisiana, Mississippi, North Carolina, South Carolina, Tennessee and Virginia where at least 35% of residents are Black.

Dave Williams reports that U.S. Rep. Carolyn Bourdeaux and two House colleagues introduced bipartisan legislation Wednesday aimed at improving the flow of goods and materials through supply chains. The bill would create a federal Office of Supply Chain Resiliency and Crisis Response within the Department of Commerce, with $500 million in funding authorized for each of the next five years.

James Salzer reports that Georgia lawmakers traveled the state this summer to get public feedback on redistricting — the once-every-decade reworking of legislative and congressional voting lines following the census. Statehouse lobbyists made sure they didn’t have to do so on an empty stomach.