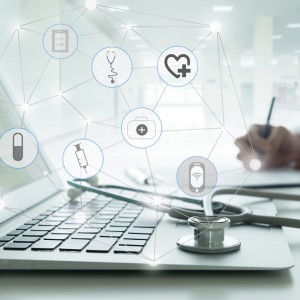 A Byte of Prevention

Kenna Simmons reports that much of the Southeast lags behind in any number of health statistics, from maternal and infant mortality to the percentage of people who have been vaccinated for COVID-19. So when John Showalter, M.D., chief product officer at the Metro Atlanta-based clinical artificial intelligence (AI) company Jvion, says the area is a leader in health information technology (health IT), it’s a welcome departure from the healthcare stereotype.

Michael E. Kanell reports that job growth in Georgia stalled last month, mired down by pandemic uncertainty that’s kept workers on the sidelines and customers out of shops and restaurants. After robust hiring during the previous three months, the state’s overall economy shrunk by 500 jobs in August, according to the state Department of Labor.

Sports tourism brings in $5.8 million to Floyd County so far this year

John Bailey reports that two events on the weekend of Sept. 11-12 highlight the roll Floyd County has been on this year, as sports tourism continues to thrive — even during a pandemic. Georgia Cycling’s first race of the season at Kingston Downs and the Southern Ozaki Junior Cup at the Rome Tennis Center at Berry College are the most recent examples of that success.

Rajee Suri reports that Emory University attracted record support for its research, receiving $894.7 million in fiscal year 2021 for tackling the challenges of our time. Investigators won grants for developing and evaluating COVID-19 vaccines, tests, and treatments; exploring new frontiers of the mind; addressing climate change; and advancing ideas and solutions to end health disparities and promote racial and social justice.

Nancy Guan reports, after years of debate on short-term vacation rentals, the Tybee Island City Council has taken concrete action towards its regulation in the last two meetings. The latest move, an ordinance establishing a fee structure based on occupancy, passed the six-member council Sept. 9 by a unanimous vote, with member Jay Burke recusing.

Local delegation not in favor of wind farms off the coast

Hank Rowland reports, when state Sen. Sheila McNeill scans the Atlantic from the shores of the Golden Isles, she expects a clear view of the ocean’s horizon. The Brunswick Republican neither expects nor desires a view marred by giant energy-producing wind turbines.

Tim Darnell reports that drug prices and who controls them could be back before the General Assembly this winter, as consumer advocates and pharmacy benefit managers remain at odds over issues such as drug price transparency. Gov. Brian Kemp signed legislation last year tightening rules on third-party companies that play a role in negotiating pharmaceutical drug prices between insurers and local pharmacies in Georgia.

The former Georgia GOP chair is suing the state party

Greg Bluestein reports that the former head of the Georgia GOP filed a lawsuit this week demanding that the state party repay him for legal fees stemming from a former staffer’s racial discrimination complaint. John Padgett wants the state party to pay him more than $230,000 for legal costs he said he incurred related to the lawsuit filed by Qiana Keith, a former Georgia GOP staffer who claimed her co-workers had referred to her with a racial slur and humiliated her.