Andy Miller reports that state has broken its record for COVID patient hospitalizations, and has reached 5,880, a Public Health spokeswoman said Tuesday. The previous mark was set Jan. 12 at 5,814 hospitalized virus patients during the third COVID surge, according to Nancy Nydam, the spokeswoman. (The agency’s website Tuesday shows a lower hospitalization figure.) 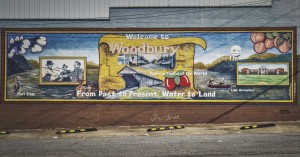 Mary Ann DeMuth reports that the nonprofit Partnership for Inclusive Innovation (PIN) has selected four communities to take part in its 2021 Georgia Smart Communities Challenge (GA Smart). The program enables localities across the state to apply for research assistance in planning for a “smart” future.

Mining plans to get more scrutiny

Gordon Jackson reports that legislation that changed the scope of the Clean Water Act last year has been overturned by a federal judge. The ruling earlier this week restores the federal government’s responsibility to protect streams that provide clean drinking water and wetlands that provide sanctuary for wildlife.

University Hospital board could review, approve merger with Piedmont next week

Tom Corwin reports that University Hospital and Piedmont Healthcare are close to having a definitive agreement that University’s board could review and approve next week, although the deal still faces state and federal scrutiny. University, which announced a potential merger with Piedmont in May, has been in extensive negotiations over the language of the agreement and most of the issues are finalized, said University CEO Jim Davis.

Jill Nolin reports that the population shift from Georgia’s small towns to its cities has accelerated over the last decade, frustrating the state’s rural lawmakers and others who have worked for years to buck the trend. Rural Georgia continues to represent the bulk of the state’s land mass, but it is now only home to 21% of the state’s population.

Sandra Parrish reports that Georgia Secretary of State Brad Raffensperger wants to know who is behind the lawsuit filed by the Department of Justice over the state’s new election law. He has filed a Freedom of Information Act request with the DOJ to release any records of contact with Stacey Abrams, her Fair Fight Action group or more than 60 other such organizations.

Dave Williams reports that Georgia has scored another victory in the decades-long tri-state water wars with Alabama and Florida. In a decision issued late last week, the U.S. Army Corps of Engineers granted Georgia’s request for water allocation from Allatoona Lake, which supplies Cobb County and the city of Cartersville.

Georgia anti-abortion law heads back to court in September

Maya T. Prabhu reports that while the U.S. Supreme Court’s announced Monday that it would consider a restrictive anti-abortion law out of Mississippi, Georgia activists are readying for their day in a federal appeals court later this year. Debate on Georgia’s law that would ban most abortions once a doctor could detect fetal cardiac activity — usually around six weeks of pregnancy — is scheduled for the week of Sept. 24.