Georgia will increase hospital funding amid a Covid surge.

Tariro Mzezewa reports that with coronavirus cases surging across Georgia, Gov. Brian Kemp on Monday announced plans to spend more than $125 million to add staff and increase capacity at hospitals. Mr. Kemp is not requiring state workers to be vaccinated, nor is he requiring that people wear masks in public spaces, indoors or in schools to help stop the spread of the virus. 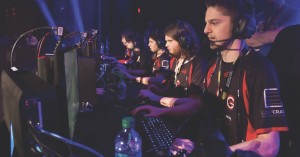 Mary Ann DeMuth reports, with the start of the new school year for K-12 and college students, decisions await them – and often their parents – about which extracurricular activities to pursue. One choice that is growing in popularity around the state is esports – or competitive video gaming.

Kelly Yamanouchi reports that UPS will require employees returning to work at its headquarters and other office buildings to be vaccinated against the coronavirus. But the package delivery giant isn’t requiring the same of its front-line workers, who represent the bulk of its workforce.

Stanley Dunlap reports that state regulators will consider signing off Tuesday on a plan marking a significant shift in how cost overruns are handled for Georgia Power’s Plant Vogtle expansion, which is already billions of dollars over budget and years behind schedule. An agreement negotiated by the state Public Service Commission staff and Georgia Power proposes that regulators will continue reviewing semi-annual progress reports on the nuclear project south of Augusta moving forward.

Stephen Fowler reports, to say Georgia has changed over the last decade is an understatement, as a surge of new non-white residents flocking to urban and suburban cores has altered the balance of political power in a once-reliably white, Republican and rural-centric state. According to data from the 2020 Census, Georgia has added more than a million new residents since 2010, driven by an influx of Black, Hispanic and Asian residents concentrated in Fulton, DeKalb, Gwinnett and Cobb counties.

Dave Williams reports that Georgia elementary and secondary students scored slightly lower on end-of-course tests last spring, a trend state Depart of Education (DOE) officials attributed to the disruptions brought on by the coronavirus pandemic. Also, fewer students took the tests than at the end of the 2018-19 school year, the last year the Georgia Milestones tests were administered.

Gordon Jackson reports that the National Park Service is disputing the Federal Aviation Administration’s “preferred alternative” to approve a license for a proposed spaceport in Camden County, calling it an “unacceptable risk.” Department of Interior officials, in a letter to FAA officials, expressed concerns about the impacts a failed launch could have on the barrier island in including “fires, explosions, or releases of propellants or other hazardous materials.”

Stanley Dunlap reports that plans to widen and realign an intersection near Albany State University were poised to move forward without the typical transportation agency scorecard treatment that incorporates traffic counts and other factors to help determine if a project gets funded. But what seemed like a federal guarantee of $2.5 million for the Sands Drive and Radium Springs project stalled as the U.S. Senate seized the momentum on infrastructure legislation with the U.S. Senate’s $1.2 trillion package passed this week.

Patricia Murphy, Greg Bluestein and Tia Mitchell report that Democrats in Georgia’s congressional delegation mostly avoided defending President Joe Biden’s decision to quickly withdraw American forces from Afghanistan. Instead, they have focused on the growing humanitarian crisis in the country that has unfolded as a result.