Staff reports that Governor Brian P. Kemp announced plans by Intuitive, a pioneer in robotic-assisted surgery and a global leader in minimally invasive care, to invest more than $500 million in its current campus in Gwinnett County, creating approximately 1,200 jobs in Peachtree Corners. The expansion will add to the approximately 180 professionals already based at Intuitive’s offices in Peachtree Corners. 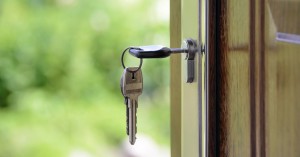 Mary Ann DeMuth reports that the nationwide moratorium on evictions was lifted last weekend, the focus sharpened on the many problems associated with affordable housing across Georgia. The National Low Income Housing Coalition recently estimated that workers earning a $7.25 per hour minimum wage would have to work 92 hours each week to afford the state’s monthly fair market rent of $872 for a one-bedroom apartment.

Kelly Yamanouchi reports that after three flight cancellations and hours of trekking through the airport and standing in line, Spirit Airlines passenger Michelle Zetina still had another 10 hours of waiting in the terminal for her flight scheduled to depart late Wednesday evening. Zetina, who lives in Atlanta, is one of thousands of Spirit passengers whose flights have been canceled this week, leaving travelers stuck in cities around the country.

Georgia near bottom in rate of required nursing home inspections

Andy Miller reports that Georgia is second to last among states in conducting comprehensive inspections of its nursing homes, according to a federal report. More than 90 percent of Georgia nursing homes had gone without a thorough inspection for at least 16 months as of May 31, the report found.

Donnell Suggs and Grace Donnally report that one of the largest undeveloped properties on the city’s Westside has been sold to a real estate company that plans to turn a portion of it into an Amazon facility. TPA Group, an Atlanta-based development and investment company, purchased 158 acres of Tilford Yard for $40 million, according to Fulton County property deeds.

Gordon Jackson reports that Camden County’s ongoing refusal to grant open records requests to the environmental group One Hundred Miles on the proposed spaceport may soon be decided in a courtroom. A lawyer representing the county asked Brunswick Judicial Circuit Chief Judge Stephen Scarlett to consider his motion to dismiss the charges against the county at a hearing Wednesday in Camden County Superior Court in Woodbine.

David Pendered reports that cargo vessels operating off the increasingly busy Port of Savannah are the primary violators of speed limits intended to protect the critically endangered right whales, according to a recent report from Oceana, a global conservation organization. Oceana issued its report July 21, a few days before the Savannah port reported July 26 a record-high year for the volume of cargo shipped in and out of the port.

Dave Williams reports that a civil rights group Wednesday criticized Georgia’s new absentee ballot form as an invasion of privacy. Secretary of State Brad Raffensperger unveiled the new ballot on Tuesday. Based on the controversial election law overhaul the Republican-controlled General Assembly passed in March, it requires absentee voters to provide their driver’s license number or some other form of state ID.

Greg Bluestein and Tia Mitchell report that Stacey Abrams isn’t acting like a future candidate for governor. Then again, Stacey Abrams won’t be a typical candidate if she launches an expected rematch against Gov. Brian Kemp. And yes, senior Georgia Democrats still expect the voting rights activist to try to avenge her narrow defeat to Kemp next year.