Nick Watson reports that Northeast Georgia Health System officials said they were looking for 510 registered nurses amid a spike in COVID-positive patients not seen since February. Elizabeth Larkins, the executive director of medical nursing, said the frontline health care workers are “still recovering from the mental and emotional strain of the past 18 months.” 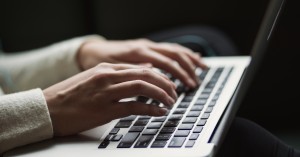 Mary Ann DeMuth reports, if you’ve been watching the Tokyo Olympics, you’ve seen artificial intelligence (AI) on display in a number of forms, from the ads for Toyota’s intelligent vehicles to the robot mascots greeting athletes at the airport to the drone light display in the opening ceremonies. Behind the scenes, AI has also helped athletes and coaches make training tweaks.

Matt Kempner reports that the troubling rise of the delta variant has sparked big shifts by two major Georgia-based employers with thousands of metro Atlanta workers. Cox Enterprises said Monday it will require that employees who enter its headquarters and certain other offices be fully vaccinated against COVID-19.

Staff reports that the White House nominated Deborah Lipstadt as the State Department’s special envoy to monitor and combat antisemitism. Pending Senate confirmation, she will hold the rank of Ambassador. Dr. Lipstadt is Emory’s Dorot Professor of Modern Jewish History and Holocaust Studies, and her scholarship and thought leadership have distinguished her for decades as one of the world’s foremost experts in the study of antisemitism.

Staff reports that Northside Hospital health care system and UnitedHealthcare announced Monday that they have renewed their contract. The announcement ensures UnitedHealthcare members enrolled in employer-sponsored, individual and Medicare Advantage plans will have uninterrupted access to care at Northside’s Atlanta, Cherokee and Forsyth hospitals.

Jill Nolin reports that Health and Human Services Secretary Xavier Becerra says he hopes to soon wrap up the federal review of the governor’s health care plans even as state officials again push back the launch of Georgia’s slight expansion of Medicaid. Becerra participated in a series of panel discussions Monday during a visit to the Atlanta area, including one on access to health care that was dominated by a discussion on Medicaid expansion.

Redistricting data to arrive at Georgia’s Capitol by Aug. 16

David Pendered reports that the Census confirmed Wednesday it expects to provide to states by Aug. 16 all the information states need to start the redistricting process, which is the creation of boundaries for posts ranging from U.S. House to city councils and school boards. Gov. Brian Kemp has yet to set a date for the special session of the Legislature to establish and vote on new districts.

Dave Williams reports that Georgia Agriculture Commissioner Gary Black is telling University of Georgia football icon Herschel Walker to put up or shut up in next year’s Republican race for the U.S. Senate. Walker, former President Donald Trump’s pick to challenge incumbent Democratic Sen. Raphael Warnock, has been hinting he may run for the seat but hasn’t made a firm decision.

Greg Bluestein reports that the Texas Democrats camped out in Washington to block the passage of a restrictive voting measure are getting a boost from Georgia legislators who flew into the nation’s capital to lend some moral support. About a dozen Georgia lawmakers are among more than 100 state legislators from roughly 20 states gathering in Washington as part of a “week of action” to encourage Congress to adopt a federal voting measure that would pre-empt local election restrictions.