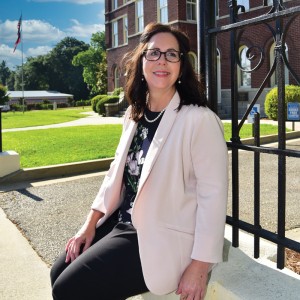 K.K. Snyder reports, as in most communities, the slower months of 2020 gave Colquitt County leaders the opportunity to reflect on where they’ve been and strategize about where they want to go. Continued growth, even in these challenging times, is encouraging in the county.

Kelly Yamanouchi reports that revenue and profit soared in the second quarter at UPS, but the shipping giant delivered fewer packages as pandemic buying habits shifted, sending its stock price sharply lower. Home deliveries declined from a year earlier as more Americans ventured out, even as the company more than made up for that by steering customers to pricier options and charging more for shipments overall.

‘Nothing but prosperity’: How Georgia tried to structure a pro business economy

Abraham Kenmore reports that the agreement between the Macon-Bibb County Industrial Authority, a third party developer and Amazon on their 600-job facility has all the usual aspects of an economic development deal – a state grant, a local property tax break, claw-backs if Amazon misses job and investment benchmarks. But it also makes explicit some benefits put in place by the state that apply to all businesses that meet basic requirements, including a job tax credit of $3,000 per job created.

John Ruch reports, intent on self-reforming from a financial scandal, the board of the Development Authority of Fulton County plunged into debate July 27 on who should do it and how fast, with tempers flaring over the chair’s unilateral actions and a last-minute slate of reform ideas.

Andy Miller reports, just days before a contract cutoff date, UnitedHealthcare and Northside Hospital are moving toward a deal that would keep three of the Atlanta-based system’s hospitals in the insurer’s network. An agreement also would bring Northside’s hospitals in Lawrenceville and Duluth back into the insurer’s fold after five months out of network, a UnitedHealthcare official said.

Ellen Eldridge reports that Charlton County — with only 14% of its population vaccinated against the virus — is the hardest-hit county in the nation, according to data from the Centers for Disease Control and Prevention analyzed by Surgo Ventures, a nonprofit dedicated to solving health and social problems.

Jacqueline GaNun reports, as elected officials redraw the boundaries of legislative districts in Georgia that will hold for the next 10 years, residents of Coastal Georgia are pleading to have their voices heard. In a public comment meeting Monday, residents of Glynn, Chatham and other counties urged state legislators for an equitable and transparent redistricting process that takes local communities into account.

Tia Mitchell reports that former Atlanta-based U.S. Attorney Byung J. “BJay” Pak has received the Justice Department’s permission to speak to congressional committees investigating his abrupt resignation and whether it had anything to do with attempts by President Donald Trump to interfere in the 2020 election. Pak had already said he would be willing to speak to the House Oversight Committee if he had clearance to do so after a trove of emails released in June shed new light on his final days on the job.