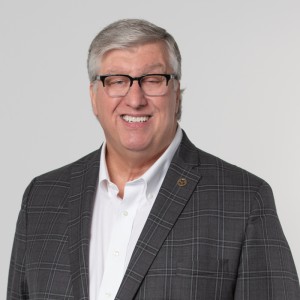 Catching up with Michael T. Dunham

Susan Percy reports, the Associated General Contractors of Georgia is a trade association representing commercial construction. The industry is a mainstay of the economy, responsible for nearly 200,000 jobs in 2020. Here are highlights from an interview with the CEO.

Scott Trubey, Greg Bluestein and Andy Peters report, Georgia plans to make an aggressive push for a new electric-vehicle factory, representing one of its largest job recruitment efforts in the past decade. The state is trying to recruit Rivian, an electric-truck, van and SUV startup, according to three people familiar with the matter.

Abraham Kenmore reports that the SK Battery America plant is, appropriately, located in the city of Commerce, Georgia. The $1.6 billion project – expected to employ 2,000 – was finalized in early January 2019, but without investment from the state and local government, it might not have been built in Georgia. “They were looking at several other states, especially in the southeastern U.S.,” said John Scott, director of economic development for Jackson County.

Dave Williams reports that Georgia high schools soon will be offering a new career pathway aimed at filling the growing number of technology jobs in the Peach State. The state Board of Education has approved State School Superintendent Richard Woods’ recommendation to launch a career pathway in cloud computing.

Maria Lameiras reports, when you buy something at the store, you have a pretty good idea of what you’re getting no matter where you buy it — a Coke is a Coke, Oreos are Oreos — and whether you buy them in Atlanta or Seattle doesn’t really change what you get. Farmers are in a similar position when they choose what to plant, but in the burgeoning field of industrial hemp, it turns out that things are much more complicated.

Staff reports that the Public Service Commission unanimously elected Commissioner Tricia Pridemore as the Chairman of the Commission. Chairman Pridemore was elected to a six-year term in November 2018.

Marjorie Taylor Greene in Alabama: Do not force people to take COVID vaccine

John Sharp reports that Republican leaders and conservative TV personalities like Sean Hannity encouraged people this past week to get vaccinated as the Delta variant spreads in states like Alabama where an overwhelming majority of residents remain unvaccinated. But U.S. Rep. Marjorie Taylor Greene, R-Georgia, continued to downplay on Friday the importance of unvaccinated people to consider getting vaccinated.

Mark Niesse and Ben Brasch report, with a rising drumbeat of criticism, several Republican Georgia legislators are building a case for the state government to take over Fulton County elections. The newfound power to fire local elections management, created by Georgia’s voting law, worries voting rights advocates, who say it could be abused for partisan purposes to tamper with the heavily Democratic county.