Nyamekye Daniel reports that a spike in lumber prices has compounded the state’s housing crisis, Georgia housing advocates said. The price of lumber increased by 300% this spring compared with the same time last year, reports show. The building material reached an all-time high of $1,515 per thousand board feet on May 28. 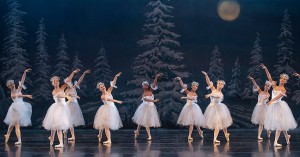 Mary Ann DeMuth reports that in the past year, arts venues, organizations and programs throughout the state have been hit hard by pandemic-related closings and layoffs. But last week, the Georgia Council of the Arts (GCA) provided some much-needed relief.

Tamar Hallerman reports that Georgia’s largest publicly traded companies have increased the number of women at their highest ranks over the past decade, but progress has been slow and most are far from achieving gender parity. Board directors and particularly top executives remain overwhelmingly male, despite years of employers saying they prioritize diversity and growing pressure from elected officials and investors to elevate more women, according to an analysis of local Fortune 500 companies.

Trevor Williams reports that Atlanta-based Porsche Cars North America saw its sales grow by 55.5 percent in the second quarter, propelling the German automaker to its best first-half performance ever. Some of the increase can be accounted for by pent-up demand following the pandemic-plagued first half of 2020, but wider adoption of the Taycan electric sports car seemed to have played a role as well.

Georgia adds 2,000-plus virus cases in past week

Lauren McDonald reports that the U.S. Army Corps of Engineers is continuing to seek public input on its proposed plan for dredging in the Brunswick Harbor in Glynn County. Those opposed to the plan, which would remove a long-held winter dredging window in Georgia, say the proposed work will kill nesting sea turtles that come to the state’s beaches every summer to lay their eggs.

Kemp Pitches Reelection Bid As ‘Fight For The Future’

Riley Bunch and Stephen Fowler report, attacked by some Republicans for not supporting the former president enough and vilified by Democrats for being too much like Donald Trump, Gov. Brian Kemp formally launched his reelection bid Saturday fighting back against his detractors. The Athens Republican ticked through his accomplishments to a roomful of supporters at the Georgia National Fairgrounds in Perry, from an historic teacher pay raise to cracking down on street gangs to managing Georgia’s growing economy, especially outside metro Atlanta.

Can the Georgia countryside provide fertile soil for Dems again in 2022?

Ross Williams reports that Bryan County south of Savannah is still Republican country — former President Donald Trump took more than two-thirds of the vote there in 2020 — but that won’t stop Democrats like Teresa Timmons, chair of the local party, from stumping for Democratic candidates like she did last year. As a swing state with important races up and down the 2022 ballot, the parties are set to once again spend mind bogglingly large amounts of money and time fighting for control of the levers of Peach State power.

Greg Bluestein reports that former Gov. Nathan Deal endorsed Agriculture Commissioner Gary Black’s campaign for the U.S. Senate on Monday, making him the highest-profile Republican to pick sides in the unpredictable contest to take on Democratic incumbent Raphael Warnock. The two-term governor’s endorsement of Black makes him a pioneer in the 2022 race.