Staff reports that Governor Brian Kemp named members of the Georgia Jobs and Infrastructure Committees, which will be responsible for receiving applications and making recommendations to the Governor regarding federal coronavirus relief funds allocated to Georgia through the American Rescue Plan. State government entities, units of local government, industries, and nonprofits will be eligible to apply. 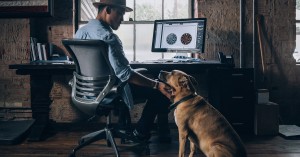 Mary Ann DeMuth reports that after more than a year in which many people worked from home, vaccinations and decreases in the number of COVID cases have companies strategizing a return to the office. However, the time away has caused employees to rethink how they want to work.

Kelly Yamanouchi reports that a federal judge is conducting a trial this week in a lawsuit brought by a developer that tried to commercialize Paulding County’s airport but had its lease canceled by county officials. Propeller Investments’ Silver Comet Partners and Silver Comet Terminal Partners struck deals in 2012 with the Paulding County Airport Authority to lease terminal space and potentially airport land with the intent of developing the airport and attracting commercial airline flights.

J.K. Devine reports, many skilled trade workers in industries such as engineering and healthcare need an Associate of Applied Science (AAS) degree, certification and license to enter the workforce, but those who wish to advance in their fields need more. A new articulation agreement between the University of North Georgia (UNG) and Lanier Technical College can help AAS-degree graduates earn a Bachelor of Applied Science (BAS) degree.

Janice Yu reports that a local nonprofit is recruiting people who are interested in taking part in cybersecurity and web development programs. The City of Refuge, a local non-profit, is providing this program, thanks to a $5.4 million federal grant.

Staff reports that Jack Robb, a veteran newspaper executive, has been appointed publisher of The Valdosta Daily Times, effective immediately. Robb has worked closely with the newspaper’s staff for the past year in an advisory role for CNHI, LLC, the paper’s parent company.

Erin Schilling reports that Outreach, a sales engagement software business, is looking at Midtown, West Midtown and Old Fourth Ward for office space that could accommodate 50 employees by the end of this year. The company expects to expand to 200 employees by 2023.

Staff reports that the Georgia Department of Economic Development’s (GDEcD) Center of Innovation for Aerospace today announced a limited-time cybersecurity grant opportunity available for small and mid-sized defense contractors in the state. The grant will assist companies with meeting new cybersecurity compliance measures now required by the U.S. Department of Defense (DoD).

A look at the first official act of reparations in Georgia

Adina Solomon reports that Bobby Crook remembers the day in 1966 that everything changed in his neighborhood of Linnentown in Athens, Georgia. The city of Athens was removing them through eminent domain, and the University of Georgia would build student dorms on their property.

Riley Bunch reports that Democratic federal lawmakers have pledged to create a workaround for Medicaid expansion in Georgia while Gov. Brian Kemp’s limited expansion is stalled. But the back and forth has left Georgians without coverage during the pandemic. Despite new financial incentives offered by the Biden administration, Georgia remains among 12 states that have refused to expand the Medicaid program under the Affordable Care Act to provide coverage for low-income residents.

Ross Williams reports that Georgia lawmakers held their first in-person hearing Monday on the once-a-decade process to redraw boundaries for the state’s congressional and legislative districts, introducing the public to a partisan drama set to play out this year. Earlier this month, state House and Senate committees in charge of redistricting and reapportionment held a virtual hearing for residents to advocate for changes they would like to see.

Dave Williams reports that the controversial election bill the Republican-controlled General Assembly passed in March garnered the most publicity by far of anything lawmakers did during this year’s session. But the legislature approved a host of other bills during 40 days under the Gold Dome covering a variety of issues that, like the election measure, take effect on Thursday.

The Jolt: Herschel Walker not positive yet on Senate race: “If I run, I’ll be all-in”