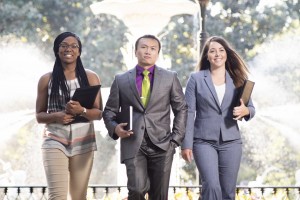 Julia Roberts reports, imagine an MBA program designed specifically for business students who already have some real work experience under their belts—a place where skilled faculty teach not only business-critical skills, but also build character with courses on ethics, honesty, integrity, and professionalism.

Kelly Yamanouchi reports that American leisure air travel is bouncing back quickly after plunging last year. But it could take months or years for business travel to return to normal — if ever — even as more companies prepare to bring workers back to offices.

Trevor Williams reports that Wayflyer, an Irish fintech firm fresh off a $76 million Series A fundraising round, is setting up an office in Atlanta and plans to grow to 50 employees by the end of the year. Co-founder Jack Pierse is relocating to Atlanta to join newly hired head of U.S. sales Jay Puentes  at a new office situated close to the Atlanta Beltline.

Nyamekye Daniel reports that gas prices in Georgia have stayed on the rise more than six weeks after the Colonial Pipeline attack. The average gas price in the state is $2.89 per gallon for regular fuel and $3.55 per gallon for premium fuel, AAA reports show.

Andy Miller reports that Frank Berry is retiring after six years of heading the state’s main health care agency. He will be replaced by Gov. Brian Kemp’s deputy chief of staff for operations, Caylee Noggle, who will take over as commissioner of the Georgia Department of Community Health (DCH) on July 1.

Dave Williams reports that American manufacturers of solar panels would benefit from a new federal tax credit under legislation introduced by U.S. Sen. Jon Ossoff, D-Ga. “This legislation will bring more clean energy Jobs to Georgia while creating tens of thousands of clean energy jobs across the country,” Ossoff said Tuesday during a news conference.

Riley Bunch reports that in an impassioned speech on the Senate floor Tuesday, Sen. Raphael Warnock, Georgia’s first Black U.S. senator, urged his colleagues, “Let’s do our job,” telling Republicans that now is the time to have a national debate about voting rights. Warnock took to the podium for a floor speech ahead of an initial vote that will decide if the For the People Act, a massive Democrat-led voting reform bill, would see debate in the chamber.

Manu Raju reports that Senate Democrats, stymied in their push to mandate a major revamp of election laws, are beginning to map out their next steps to draw attention to the issue and to put the focus on a critical battleground state: Georgia. The Democratic-led Senate Rules Committee plans to move ahead with a series of hearings, including in Georgia, calling for passage of new legislation — as well as to spotlight Republican-led efforts at the state level to enact restrictive measures in the wake of the growth of mail-in voting during the 2020 election season.

Greg Bluestein reports that Gov. Brian Kemp is set to lift the public health state of emergency roughly 15 months after lawmakers granted him broad new authorities to respond to the coronavirus pandemic. The governor signed an executive order on Tuesday that ends his emergency powers on July 1, saying they are no longer needed as “more Georgians are getting vaccinated, our economic momentum is strong and people are getting back to normal.”