Staff reports that on June 17 Governor Brian Kemp announced the appointment of Robyn Crittenden to be the Commissioner of the Department of Revenue (DOR), Shawnzia Thomas to become Executive Director of the Georgia Technology Authority Board (GTA) and the state’s Chief Information Officer, and Jessica Simmons to be Deputy Chief Information Officer for Broadband and Special Projects at GTA. 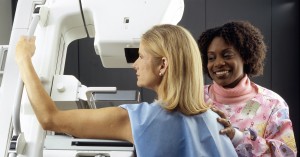 Mary Ann DeMuth reports that a recent report from the American Cancer Society (ACS) and results of a study in an American Association for Cancer Research journal show that even before the pandemic, cancer prevention and early detection efforts had mixed progress. In spite of more people not smoking cigarettes, 45% of this year’s estimated 600,000-plus cancer deaths are attributable to risk factors that can be modified.

Andy Peters reports, filmmaker Tyler Perry has reached a deal to buy about 40 acres at Fort McPherson, the shuttered U.S. Army base, where he plans to develop an entertainment and shopping district. Separately, megachurch pastor T. D. Jakes struck a deal to acquire about 95 of the remaining acres, where he wants to pursue his own development project in affordable and workforce housing.

Trevor Williams reports that the World Stage is back at the South’s largest financial technology conference starting June 22, building on an inaugural virtual summit last year that served to showcase Atlanta to a broader global audience. Fintech South’s online shift enabled organizers at the Technology Association of Georgia to think differently about the content it generated.

Mary Landers reports that an ongoing cyberattack forced a shutdown of computer systems at St. Joseph’s/Candler on Thursday. The hospital released the following statement shortly after 4 p.m. “On the morning of June 17, St. Joseph’s/Candler became aware of suspicious computer network activity. As a security measure, SJ/C took immediate steps to isolate systems and to limit the potential impact,” spokesman Scott Larson wrote.

Lauren McDonald reports that the Jekyll Island Authority, in partnership with the University of Georgia’s Carl Vinson Institute of Government, is seeking public input on an update to the island’s master plan. An online survey, available through June 30, aims to target all who are familiar with the island, including visitors, residents and businesses.

Supreme Court ends challenge by Georgia, other states to Obamacare

Jill Nolin reports that health care advocates cheered a U.S. Supreme Court decision Thursday rejecting a challenge of the Affordable Care Act pushed by Texas and more than a dozen other GOP-led states, including Georgia. The justices ruled with a 7-to-2 majority that the states lacked standing to challenge the constitutionality of former President Barack Obama’s health care law.

Connor Evans reports that Rep. Andrew Clyde, R-Athens, responded Thursday to criticism over his vote on awarding Congressional Gold Medals to Capitol police and his encounter with one of the officers. Clyde voted with 20 other Republicans against a resolution Tuesday, June 15, that would award Capitol police officers with the medals for their service during the insurrection at the Capitol on Jan. 6.

Tamar Hallerman and Ariel Hart report that Vice President Kamala Harris is visiting Atlanta Friday, part of a White House campaign to urge more Americans to get the COVID-19 vaccine as inoculation rates continue to decline across Georgia. After touching down at Hartsfield-Jackson International Airport, Harris plans to visit the historic Ebenezer Baptist Church in Sweet Auburn for a tour of a pop-up vaccination site at around noon.