Staff reports that Governor Brian P. Kemp announced on June 1 the availability of $15 million in Governor’s Emergency Education Relief (GEER) funds to the Boys & Girls Clubs of Georgia to advance student academic achievement by addressing learning recovery and other critical needs of youth brought on by the COVID-19 pandemic. 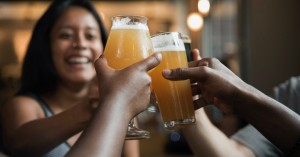 Mary Ann DeMuth reports that the Georgia Association of Convention & Visitors Bureaus (GACVB) has honored the destination marketing organizations of Visit Roswell, Awesome Alpharetta and Visit Sandy Springs with a TravelBlazer Award. The three North Fulton County organizations received the award for their collaboration to create the Topside Tap Trail, a seven-brewery trail that spans the cities.

Andy Peters reports that Downtown Atlanta was like a ghost town for months after last summer’s protests against police violence and racism left the windows of Reuben’s Deli and other businesses smashed. Protesters set a police car on fire during the May 29 protests.

One of biggest businesses in Columbus lands on Fortune 500 list for first time. Here’s why

Nick Wooten reports that Global Payments, a financial technology company with dual headquarters in Atlanta and Columbus, has been named to the Fortune 500 list for the first time. The company ranked No. 394 for 2021, up from No. 553 in 2020.

Slow Turtle Nesting No Cause For Concern, Experts Say

Emily Jones reports that sea turtle nesting is off to a slow start this year, though experts said the low numbers were not a serious concern. About 425 sea turtle nests have been spotted on Georgia beaches this year, as of Wednesday morning.

Molly Samuel reports that a program to make rooftop solar panels more affordable is launching in Atlanta this week. The Solarize program is basically a bulk purchasing deal: The more people who sign up for it, the cheaper it is.

UGA gets $37 million from state to fund 5 projects, including poultry science facility

Stephanie Allen reports that the 2022 state budget signed last month by Gov. Brian Kemp includes more than $37 million for five University of Georgia projects. The largest of those projects is construction of a Poultry Science Complex at $21.7 million, which will feature labs and instructional spaces.

Clay Neely reports that an Atlanta-based homebuilder is planning nearly 900 new homes in Coweta County. Plans for an 883-home Del Webb Community targeted at active residents over age 55 have been filed by PulteGroup.

Olivia Goldhill reports that Cuthbert,  the Randolph County seat, is built around its hospital. A small cluster of streets make up the heart of this city of 3,500, and each street winds its way to Southwest Georgia Regional Medical Center (SGRMC). Within minutes of driving into Cuthbert, you inevitably arrive at the hospital’s door, now flanked by a large sign. “Hospital closed,” it reads in red. “In case of emergency, call 911.”

Stanley Dunlap reports that the Georgia Supreme Court upheld a death sentence for a man convicted of killing his ex-fiance’s son while justices rejected a push by his defense attorneys to spare him from execution by proving he has an intellectual disability.

Curt Yeomans reports that a state legislator from Buford who was barred from the Georgia House of Representatives chambers for a time during this year’s legislative session for not taking a COVID-19 test has announced he won’t seek another term in office. State Rep. David Clark, R-Buford, made the announcement on his Twitter page.