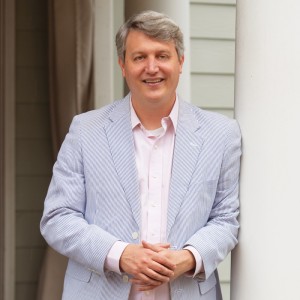 Brian Lee reports, competition drives the economy, but collaboration builds – and sustains – community. One side effect of the difficult pandemic year in the Atlanta metro is people coming together, in a mostly socially distant but still meaningful way.

Delta CEO: Vaccination to be required for new employees

Kelly Yamanouchi reports that Delta Air Lines CEO Ed Bastian said Thursday during a CNN interview that he plans to require that new hires for the company be vaccinated for COVID-19. Among existing employees, “I’m not going to mandate and force people if they have some specific reason why they don’t want to get vaccinated,” Bastian said during an interview with CNN’s Richard Quest.

Amazon says it will hire more than 3,800 in Atlanta area

Erin Schilling reports that Amazon plans to hire more than 3,800 people in the Atlanta area as part of a push to expand operations in the U.S. and Canada. The May 13 announcement comes as the e-commerce giant has been rapidly expanding its footprint across the state.

Trevor Williams reports that a Netherlands-based supplier of charging stations for buses and other electric vehicles will set up a North American headquarters in Atlanta, hiring 70 and giving another boost to Georgia’s credentials as a growing clean-energy hub. Heliox has 1,600 installations charging public buses, trucks, passenger vehicles, boats, mining equipment and vehicles; among its projects is one of the largest e-bus installations in the world at Amsterdam’s Schiphol Airport.

Blake Aued reports, whaddaya have? A mixed-use development all the way. The owners of landmark fast-food restaurant The Varsity recently filed for a permit to tear down the 1965 restaurant to make way for what is likely to be apartments and retail, perhaps a grocery store.

Andrea Jones reports that Georgia State University’s National Institute for Student Success (NISS) has received a transformational gift from Truist Foundation, a longstanding and early supporter of success initiatives at the university. The $2.5 million Truist Foundation grant will assist the NISS programming in helping other schools improve graduation rates among underserved students and strengthen financial literacy.

Margaret Coker and Jasmine Freeman report that Governor Brian Kemp says it’s time for Georgians to get back to work. On Thursday he announced that the state will end federal unemployment benefits included in the Biden administration’s COVID-19 legislation, money that Kemp says is standing in the way of economic recovery.

The Jolt: Test for Kemp, Duncan and Raffensperger coming at next round of GOP meetings

Patricia Murphy, Greg Bluestein and Tia Mitchell report, another round of GOP grassroots gatherings, another test for top state Republican leaders. Well, sort of. A few weeks ago, activists in more than a dozen county GOP groups voted to rebuke Secretary of State Brad Raffensperger and Lt. Gov. Geoff Duncan.