The Tide: Census shows Georgia gained weight, but not representation

Susan Catron reports that the first 2020 Census numbers are in. There are 331,449,291 Americans and 10,711,906 of them live in Georgia. The first data from the latest Census presentation, linked below, shows the U.S. grew at a rate of 7.4% over the last 10 years (the time period for Census taking in America). 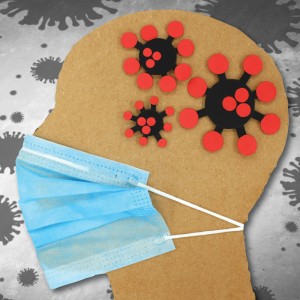 Michele Cohen Marill reports that COVID-19 hit like a lightning strike, darkening businesses and causing everyone from office workers to schoolchildren to shelter at home. While the infection risks soon became clear, the deeper ramifications – not just on health and livelihoods but on emotional well-being – took time to emerge. A year later, as hopes rise for an end to the pandemic, Georgians are still wrestling with the lingering mental health impact of months of stress, loss and economic and social disruption.

Dave Williams reports that Georgia Power Co. has achieved two important milestones in the construction of two additional nuclear reactors at Plant Vogtle, the Atlanta-based utility announced Monday. Hot functional testing has begun on the first of the new reactors, Unit 3, at the plant south of Augusta. That’s the final series of major tests the reactor must pass prior to initial fuel load.

Staff reports that Governor Brian P. Kemp announced yesterday that GreyOrange, a global leader in AI-enabled software and robotics for fulfillment automation, is investing more than $1 million in relocating its global headquarters to metro Atlanta. This move will create 200 additional jobs in the area.

Gordon Jackson reports that the U.S. Army Corps of Engineers no longer has jurisdiction over a proposed mine in Charlton County near the Okefenokee National Wildlife Refuge. The Georgia Environmental Protection Division now has the responsibility to determine a permit request by Twin Pines Minerals to mine heavy minerals near the world- famous refuge.

Trevor Williams reports that YKK Corp. of America, based in Marietta, has seen its territory expand this week to include a new continent. The subsidiary of the Japanese zipper and architectural products company has always run the company’s 11 Western Hemisphere operating companies from Canada to Colombia, but the group’s area expanded this week to Brazil, Argentina and Chile as part of a broader corporate restructuring.

Nyamekye Daniel reports that Georgia Attorney General Chris Carr said President Joe Biden’s executive order addressing climate change is an authoritative overreach that could kill a selection of Georgia jobs and impose more burdens on Americans. Georgia has joined nine other states in suing the Biden administration over the order, which creates the Working Group on the Social Cost of Greenhouse Gases.

In Setback for Trump, Doug Collins Will Not Run in Georgia in 2022

Richard Fausset and Nick Corasaniti report that Doug Collins, a former U.S. congressman and ardent defender of former President Donald J. Trump, announced on Monday that he would not seek any statewide office in 2022, at once narrowing the field of Republican candidates for Senate in Georgia and removing a potential intraparty challenge to Gov. Brian Kemp. Mr. Collins’s decision is a setback for Mr. Trump’s hopes of fielding a strong, experienced Republican candidate for Senate or governor next year.

Greg Bluestein reports, the size of the SK Innovation electric battery plant is staggering, a construction project so vast it splays out along an industrial highway as far as the eye can see. But what really impressed Gov. Brian Kemp after a tour of one of the largest economic development projects in Georgia history was his chat with two workers on the construction site: one a graduate of the same Athens high school he attended, another a native of the nearby mountain town of Toccoa.