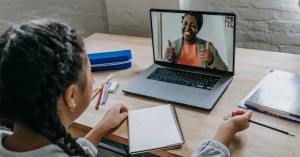 Mary Ann DeMuth reports, with students and their parents across Georgia working from home due to the COVID-19 pandemic, access to high-speed internet, or broadband, has become essential. The situation has further highlighted the digital divide that exists between metro areas with robust broadband coverage and rural parts of the state that are underserved.

Delta expects to get $2.5 billion from stimulus funding

Kelly Yamanouchi reports that Delta Air Lines expects to be allotted roughly $2.5 billion in pandemic aid from the $1.9 trillion federal stimulus bill signed into law by President Joe Biden on Thursday. In the American Rescue Plan, $14 billion is dedicated to airlines. Another $1 billion will go to airline contractors.

Dave Williams reports that first-time unemployment claims in Georgia rose last week for the second week in a row, even as jobless claims nationwide were on the decline. Unemployed Georgians filed 28,387 initial claims last week, up 2,940 from the previous week, the state Department of Labor reported Thursday.

Tourism up in Golden Isles

Gordon Jackson reports that after a slow winter for tourism, spring break vacationers are coming to the Golden Isles in droves. “Overall, coming out of February, March is like night and day in comparison. It has really changed dramatically the past two weeks,” said Scott McQuade, director of the Golden Isles Convention and Visitors Bureau.

Staff reports that Shaw Industries Group Inc., a subsidiary of Berkshire Hathaway, Inc., announced today that Vance Bell has been named executive chairman and will be stepping down as CEO effective April 5. The company said that in addition to his role as President, Tim Baucom will succeed Bell as CEO.

Amy Gardner reports that President Trump urged Georgia’s lead elections investigator to identify wrongdoing in the state’s vote in a December phone call, saying the official would be praised for doing so, according to an individual briefed on the call who spoke on the condition of anonymity because of the sensitivity of the conversation.

Sen. Raphael Warnock On Ending The Filibuster: ‘All Options Must Be On The Table’

Mary Louise Kelly reports, with the signing on Thursday of President Biden’s $1.9 trillion coronavirus relief package, Democrats in Washington have now secured their first major achievement since winning control of the White House and both chambers of Congress. It’s a victory that Senate Majority Leader Chuck Schumer credited this week to the voters who sent Democrats to the Senate.

Nyamekye Daniel reports, about a dozen election-reform bills passed one chamber in the Georgia General Assembly by the crossover deadline this week. The most extensive reforms could come from Senate Bill 241 and House Bill 531, which would reduce absentee ballot voting.

Biden and Harris are headed to Atlanta next week to tout $1.9T COVID-19 relief plan

Greg Bluestein reports that President Joe Biden and Vice President Kamala Harris will visit Georgia next week as part of a nationwide victory lap to celebrate the passage of the $1.9 trillion coronavirus relief package that Democrats couldn’t have muscled through Congress without victories in the state’s January U.S. Senate runoffs.