Funding formula could cost Georgia more than $1.3B in federal COVID-19 relief

Jason Schaumburg reports that Georgia stands to lose more than any other state in the U.S. House Democrats’ $1.9 trillion COVID-19 stimulus package, according to a House Budget Republicans analysis. At issue is the funding formula used to allocate direct funding to states in the newest package compared with the formula used in previous packages. 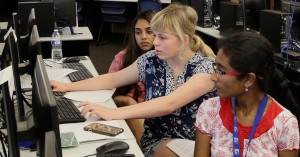 Gordon Jackson reports that a decision last year to change Clean Water Act guidelines removed most federal oversight from a proposed mining project near the Okefenokee National Wildlife Refuge. The changes remove the decision from the U.S. Army Corps of Engineers and give the primary responsibility for permits to the Georgia Environmental Protection Division — at least for the time being.

Jill Nolin reports that state lawmakers want to make it a felony to swipe a package from someone’s porch. Porch piracy is nothing new, but proponents argue that the tougher penalty would reflect society’s increased reliance on delivery drivers and mail carriers, particularly during the COVID-19 pandemic.

Robbie Sequeira reports that legislative attempts to codify constitutional carry  — permitless carry of a firearm — in Georgia have been historically unsuccessful. However, under new legislation titled the Georgia Constitutional Carry Act of 2021, lawmakers are proposing that “lawful weapons carriers” would not need a license to carry a firearm and would have the same rights to carry as any licensed gun owner in the state.

House approves more than $600M in tax cuts for Georgians

Nyamekye Daniel reports that the Georgia House approved a series of legislation Wednesday that would cut hundreds of millions of dollars in taxes for Georgians. House Bill 593, dubbed the Tax Relief Act of 2021, would cut income taxes by $141 million during the first year of its full impact, state officials estimated. The House unanimously approved the bill, 171-0.

Molly Samuel reports that there is an enormous amount of coal ash in Georgia. More than 89 million cubic feet of it, according to the state Environmental Protection Division. That’s enough to fill up about 6 million dumpsters with the toxic byproduct from burning coal to generate electricity.

The Tide: Pecans with a side of horse racing

Susan Catron reports, the pecan — will it be Georgia’s official nut? Spare us the jokes — it’s too easy. Senate Bill 222 is headed for a vote before Crossover Day on Monday, and that likely leaves it to the House and the governor to finish the work to officially declare the pecan as the official state nut.

Beau Evans reports that legislation aimed at providing special-needs students with state-funded scholarships to attend public schools in Georgia that critics have called a costly voucher plan passed out of the state Senate on Wednesday. Sponsored by Sen. Steve Gooch, R-Dahlonega, the bill – which passed 30-23 nearly along party lines – would make special-needs scholarships available for students with a wide range of conditions including autism, Down syndrome, behavioral impairments and drug or alcohol abuse.

Richard Fausset, Nick Corasaniti and Mark Leibovich report, after record turnout flipped Georgia blue for the first time in decades, Republicans who control the state Legislature are moving swiftly to implement a raft of new restrictions on voting access, mounting one of the biggest challenges to voting rights in a major battleground state following the 2020 election.

Greg Bluestein reports, under pressure from civil rights activists, some of Georgia’s biggest companies and their allies at the Capitol are taking a guarded approach toward elections measures that would limit weekend early voting days, curb absentee voting and add other restrictions at the ballot box.