Anxious Nation Watches As Georgia Still Has Votes To Count

Stephen Fowler reports that as Wednesday night prepared to give way to Thursday morning, the number of absentee ballots needing to be counted in Georgia dwindled – and so did the slim margin between Donald Trump and Joe Biden. As of 11 p.m. Wednesday, President Trump led Biden by just about 31,000 votes, as the final outstanding ballots come in from heavily-Democratic counties like Fulton. 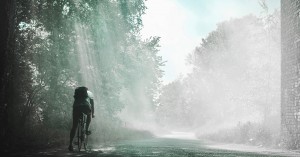 Mary Ann DeMuth reports that the Georgia Dept. of Economic Development (GDEcD) recently shared some good news in the form of investments and opportunities across the state. From July through September, announcements about new investments totaled $3.71 billion and included creation of more than 10,000 jobs. These amount to an 85% increase in new investments over the same period last year and a 50% increase in jobs.

Kelly Yamanouchi reports that Hermeus, an Atlanta-based startup supersonic jet developer, announced it raised $16 million in funding. The funding round comes after Hermeus got a new $1.5 million contract two months ago to work toward hypersonic travel for the Department of Defense, including assessing how it could modify its proposed Mach 5 aircraft for the Presidential and Executive Airlift Directorate fleet.

Jeremy C. Owens reports that Aphria Inc. is jumping into the U.S. with the purchase of a craft-beer company that has been a part of stoners’ lifestyle for decades. The Canadian cannabis company announced that it plans to acquire Atlanta’s Sweetwater Brewing Co. for at least $300 million, marrying a long-serving craft brewer known for its “420”-labled beer with the pot industry.

Marie Nesmith reports that continuing his family’s legacy of giving, Michael “Mike” Mayo Macke donated $750,000 to Tellus Science Museum. His gift is the largest donation the Cartersville venue has received from one person.

From the Publisher: Healthcare Dilemma

Ben Young writes, Georgia ranks near the bottom in the country in affordable quality healthcare. The number of uninsured residents here is at 23%, according to the American Journal of Managed Care.

Curt Yeomans reports that there were not many Republicans left in Gwinnett County’s legislative delegation, but two of the most prominent ones remaining in the group have conceded defeat to Democratic opponents. State Rep. Brett Harrell, who chaired the House Ways and Means Committee, and state Sen. P.K. Martin, who led the Senate Education Committee, announced their concessions Wednesday morning.

Stanley Dunlap reports that Georgia voters approved two constitutional amendments Tuesday, one directing state lawmakers to use money collected for a specific purpose to spend it as originally intended and another giving residents more power to sue state and local governments. The two ballot questions passed with at least 75% of the votes, with about 200,000 left to be counted as of Wednesday afternoon.

Tom Baxter writes, at some point, in the hours between the first returns from Miami-Dade County and the announcement Wednesday morning that glitches had slowed the count in Gwinnett County, that old political refrain – “Florida, Florida, Florida” – morphed at least briefly into “Georgia, Georgia, Georgia.”

Mark Niesse and Greg Bluestein report that Joe Biden pulled within 23,000 votes of President Donald Trump in Georgia early Thursday as election workers counted tens of thousands of absentee ballots. The Republican’s once-formidable lead steadily shrank throughout Wednesday as mail-in ballots trickled in, giving Democrats a chance to carry Georgia for the first time in a White House race since 1992.