Larry Hobbs reports that with the VB 10,000 crane vessel now astride the shipwrecked Golden Ray in the St. Simons Sound, crews have installed the gates at either end of the environmental protection barrier that surrounds the salvage site. The 255-foot-tall twin-hulled crane vessel entered the St. Simons Sounds on Oct. 27 to much fanfare, completing its long-awaited journey after spending nearly four months and two lengthy delays docked at the Port of Fernandina Beach. 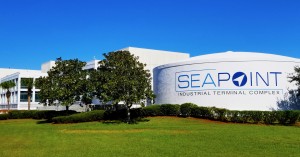 Andy Peters reports that developers plan to build a $175 million mixed-use complex in southern Bartow County. The development would be an expansion of The Stiles, a newly opened subdivision of single-family homes located about five miles west of Cartersville.

Leigh Villegas reports, following the success of her organic rosehip juice business, NADI, Atlanta entrepreneur Nina Tickaradze is launching a second product that will provide further meaningful work for internally displaced persons (IDPs) in her home country of Georgia. NADI, which means “collective work effort” in Georgian, employs people displaced by conflict in the Republic of Georgia’s South Ossetia region, a territory claimed by Georgia but occupied by Russia since 2008.

Staff reports that Hermeus, the aerospace company developing Mach 5 aircraft, announced today that it has closed a $16 million Series A funding round led by Canaan Parners, with Rich Boyle joining the company’s Board of Directors. In addition to Canaan, the round includes continued support from Khosla Ventures, Bling Capitoal and Revolution’s Rise of the Rest Seed Fund.

Dave Williams reports that the Georgia Lottery set a record for profits during the first quarter, Gov. Brian Kemp announced Monday. The lottery brought in almost $383.4 million during July, August and September, the most profitable quarter in the program’s history. That brought the total the lottery has transferred to education to about $22.7 billion.

Andy Miller reports that federal officials, as expected, have approved Georgia’s waiver request to revamp the state’s health insurance market for people who don’t get job-based or government coverage. The waiver will create a “reinsurance’’ program that state officials estimate will cut insurance premiums for individual coverage by an average of 10 percent.

Grant Blankenship reports that the Georgia Supreme Court says that a Superior Court judge was wrong in applying the state’s “stand your ground” law when he granted criminal immunity to three former Washington County sheriff’s deputies who shot Eurie Martin to death with stun gun weapons in 2017. The finding of immunity came in a pre-trial hearing connected to murder charges in the case.

Curt Yeomans reports, during a rally in Buford on Monday that evoked the “deep state” conspiracy theory and allegations of hidden material on a laptop allegedly belonging to Hunter Biden as well as attacks on House Democrats, U.S. Rep. Doug Collins called for the ouster of FBI Director Christopher Wray.

Diane Wagner reports, there was a touch of Rome in the words of former vice president Joe Biden when he accepted the Democratic Party nomination and introduced his running mate, Sen. Kamala Harris. Carlyn Reichel — Rome High School Class of 2001 valedictorian — is director of speechwriting and director of foreign policy for the Biden for President campaign.

These Georgians can’t vote on Tuesday. But they’re mobilizing by the thousands.

Dierdre Jonese Austin reports, “Do you want to register to vote, or do you want to waive your right to vote?” This fall, after serving 26 years in Georgia state prison, Kareemah Hanifa pondered this question as she completed the paperwork to get her driver’s license.

More Georgians already have voted than in 2016 election

Nyamekye Daniel reports that as of Friday night, 3.9 million voters had cast ballots in Georgia, surpassing the total number of ballots cast in 2016, when 2.3 million Georgians voted in the 2016 general election, according to Raffensperger’s office. About 1.2 million of the votes cast so far are absentee ballots, marking a 559% increase in mail-in ballots, officials said.

Greg Bluestein reports that the presidential candidates have left town, the wave of ads will soon subside and the polls are still as close as ever. And soon voters will know whether Georgia is truly a swing state.