Dave Williams reports that jobless Georgians filed 49,421 initial unemployment claims last week, up 7,341 from the previous week, the state Department of Labor reported Thursday. First-time claims had been on the decline for seven weeks in a row, as Georgia businesses shut down last spring by the coronavirus pandemic reopened and brought back many of their employees. 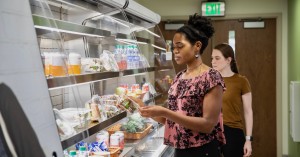 Michael E. Kanell reports that Metro Atlanta added jobs 24,200 jobs in August, helping to nurse along the region’s economic recovery from the coronavirus. But there’s still a long way to go in the return to anything close to pre-pandemic times.

Asha Gilbert reports that the city of Savannah has a new accolade to add its list after being named one of the “Safest Cities in Georgia” by AdvisorSmith.com. AdvisorSmith studied reported levels of crime in cities across the state of Georgia to find the safest cities in the state, according to the site.

Ross Williams reports that time is almost up for Georgians to participate in the 2020 Census, and Gov. Brian Kemp is urging residents to make sure their forms are completed by Sept. 30 so the state can get a fair shake from the federal government over the next decade. “Georgians’ response to the 2020 census will directly affect representation and funding for our state throughout the next decade,” said at a Capitol press conference Thursday afternoon.

Kia Motors Manufacturing Georgia announced on Thursday it was donating 26 quality assessment vehicles to the Technical College System of Georgia. The cars, all of which are Kia Optimas, will be used for the schools’ automotive programs.

Mary Ann DeMuth reports that coal ash, the waste left over from coal-fired electric power plants, has been shown to contain heavy metals that can cause cancer, nervous system damage and a host of diseases if it leaks into rivers or streams. The U.S. Environmental Protection Agency estimates 140 million tons of coal ash are generated annually and disposed of at almost 1,000 sites across the nation, including several in Georgia.

Maria Saporta reports that Katherine Moore, who has worked for the Georgia Conservancy for 11 years, has been selected to be the nonprofit’s new president. She will succeed Bart Gobeil in that role on Oct. 1.

Andy Miller reports that a poll of likely Georgia voters found that a large majority believe former Vice President Joe Biden will do a better job than President Donald Trump on protecting coverage for pre-existing health conditions and on responding to the COVID-19 pandemic. The findings are part of a Commonwealth Fund poll on health care issues in what the nonprofit organization calls 10 battleground states, including Georgia.

Greg Bluestein and Ernie Suggs report that President Donald Trump is set to arrive in Atlanta on Friday to deliver a speech courting Black voters as his campaign plays defense in a state where polls show he’s deadlocked with Democrat Joe Biden. The president is set to touch down at Dobbins Air Reserve Base at 2 p.m. and then will head to the Cobb Galleria Centre for a 2:40 speech on “Black Economic Empowerment.”