Rosie Manins reports that a plea for bipartisanship marked the end of U.S. Sen. Johnny Isakson’s 45-year political career Tuesday as he delivered his farewell speech on the Senate floor. Isakson, R-Georgia, who lives in east Cobb, is retiring at the end of the year due to his ongoing health issues. 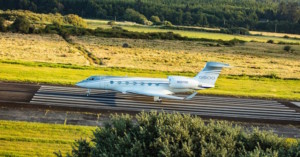 Greg Bluestein and Tia Mitchell report that Gov. Brian Kemp will unveil Kelly Loeffler as his U.S. Senate pick on Wednesday with a pep rally that he’s promised will involve activists, elected officials and members of Congress. Who shows up – and who doesn’t – will be telling. The governor wants to present a united front behind Loeffler, a first-time candidate and finance executive who has drawn scorn from conservative critics.

Eric Mandel reports that Arrow Exterminators continued its nationwide expansion with its second “merger and acquisition” in the past three months. The Atlanta-based company said Tuesday it bought 5 Star Termite & Pest Control Inc., extending the company’s reach into the Tucson, Arizona market. Financial details of the transaction were not released.

Port of Savannah on track for record year

Katie Nussbaum reports that as the year comes to a close, the Georgia Ports Authority is on track to set yet another record with more than 4.6 million twenty-foot equivalent container units (TEUs). That level of trade would be a 14% increase over volumes moved through Savannah three years ago, or an additional 550,000 TEUs.

Curt Yeomans reports that the Gwinnett County Convention and Visitors Bureau is putting plans to build a sprawling mixed-use development at the Infinite Energy Center on hold and is looking for a new developer to partner with as North American Properties leaves the project. The developer and the convention and visitor’s bureau announced the split in a joint statement.

No tattoos on Sundays? Outdated Columbus law could change soon

Allie Dean reports that Columbus Council Tuesday night will consider deleting an “antiquated” local law that prohibits the act of tattooing on Sundays or Sabbath days. The change was sparked by the scheduling of the region’s first large tattoo convention set to occupy the Columbus Convention and trade center in January.

Thomas Hartwell reports that the citizens of Smyrna have chosen Derek Norton to lead the city as its next mayor. Norton, 42, beat out his 26-year-old opponent, Ryan Campbell, by 159 ballots, or just over 2% of the vote, according to unofficial runoff election results posted Tuesday night.

Stephen Fowler reports that when the House Judiciary Committee takes up the impeachment inquiry into President Trump, expect Georgia Congressman Doug Collins to lead the Republican messaging. As ranking member, the Gainesville Republican tells GPB News that he’s heading into tomorrow’s proceedings ready to push back against “what is actually going to be very much a waste of American taxpayers’ time.”

Max Blau reports as that the Trump administration scales back federal regulation of the waste from coal-fired power plants known as coal ash, a handful of Southern states have passed laws forcing utilities to clean up or contain the toxic mess. Other states, though, have done little or nothing.

Maya T. Prabhu reports that a former mayor edged out his opponent in a close runoff special election for a vacant southwest Georgia state House seat. Bill Yearta, a jeweler and former mayor of Sylvester, received about 115 more votes than his opponent Jim Quinn, according to unofficial results from the Secretary of State’s office.