Federal approvals could launch Camden Spaceport into next phase

Stanley Dunlap reports that a federal agency is set to decide next month whether a Camden County-sponsored Spaceport will get a chance to get off the ground. The Federal Aviation Administration is targeting mid-December to rule on the coastal county’s application to become one of 12 sites in the U.S. licensed to launch privately owned rockets into space. 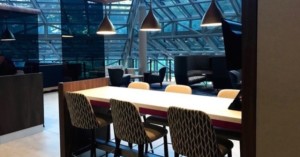 Karen Kirkpatrick reports, when you think coworking, spaces that come to mind might include WeWork, the behemoth, that’s embroiled in a bit of controversy these days, or space related to a university like the Innovation Incubator at Georgia Southern in Statesboro or the granddaddy of them all, Georgia Tech’s ATDC, with locations in Metro Atlanta, Savannah, Augusta and Athens.

Raisa Habersham reports, ahead of its 2020 deadline, Atlanta reached its goal of reducing water and energy consumption under its Atlanta Better Buildings Challenge, the city announced. The challenge is part of the Department of Energy’s nationwide initiative to reduce energy and water consumption.

David Allison reports that QTS Realty Trust said Monday it has begun an expansion of its Atlanta-Metro mega data center campus, which will include the development of a new data center with more than 250,000 square feet of leasable capacity. The Kansas-based company (NYSE: QTS) said it expects to complete the first phase of the new development by the middle of next year.

Mary Landers reports that the phrase “farm to table” evokes locally grown produce arriving just-picked at restaurants. Now a local couple wants to complete that cycle with “table to farm” service that turns restaurant kitchen scraps back into nutrient-rich soil.

Wes Wolfe reports, for all the work going into North Atlantic right whale conservation in Georgia and Florida ahead of another calving season, a political and legal battle continues where the whales live and feed most of the year — off the coast of New England. Thursday, a federal district judge ruled two lobster fisheries can remain closed to protect the lives of right whales moving through the area.

Study: Preterm Births In Georgia Rise For The 3rd Year

Ellen Eldridge reports that a new report shows the number of babies born early in Georgia is rising. The state already ranks near the bottom when it comes to maternal and infant healthcare. The report from the March of Dimes gives Georgia an “F” with a preterm birth rate of 11.5%, meaning the state is close to having 12% of all babies born early and ranks 45th nationwide.

Maggie Lee reports that the folks of Women on the Rise are celebrating the planned closure of the Atlanta jail. Too many people were locked up there for too long with no good result, they say. So it may be surprising that they’re also making a case to reuse the building that symbolizes that system.

Katheryn Tucker reports that in response to the latest purge of the voter rolls, civil rights activists raised the specter Monday of previous election litigation battles, while the Georgia Secretary of State’s Office appeared to be taking steps to avoid more of the same. Last week, Secretary of State Brad Raffensperger said his office would be making routine and legally required updates to Georgia’s voter file that will reduce the size of the voter roll by 4%. He said the updates are required by federal and state law.

Andy Miller reports that during his gubernatorial campaign last year and his first months in office as governor, Brian Kemp declared that he would not expand the state’s Medicaid program. And in the second half of his waiver proposals, announced Monday, Kemp stuck to that position.

Greg Bluestein reports that President Donald Trump plans to use Atlanta as a launching pad for his new African American coalition with a Friday rally at the Georgia World Congress Center. The president will kick off the Black Voices for Trump Coalition initiative at 3 p.m. Friday at the downtown Atlanta convention center after a high-dollar fundraiser in Buckhead to support U.S. Sen. David Perdue.