Molly Samuel reports that state officials are declaring a drought in much of Georgia, including all of the Atlanta area. The level 1 drought response calls for a public information campaign to remind people to be careful about water use, but it does not actually call for water use restrictions. 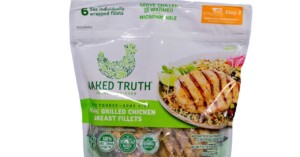 Mary Ann DeMuth reports that Georgia’s largest poultry producer, Wayne Farms in Oakwood, now has its all-natural, humanely raised chicken products at all Atlanta-area Whole Foods Markets. These fully cooked, flash-frozen NAKED TRUTH® premium chicken products have no artificial ingredients, no preservatives, no nitrates and no antibiotics, and the chickens are fed with 100% vegetarian diets.

Leon Stafford reports that there were several times in the last 30 or so years when Atlanta, struggling a bit with its direction as a tourism and business destination, needed a leader. While the capital of Georgia has had great successes with the 1996 Summer Olympics, the opening of the world’s largest aquarium and an international exhibit that brought pieces from the Louvre to the High Museum, it also has faced problems with downtown panhandling and attractions that weren’t maximizing tourist foot traffic.

Douglas Sams reports that Chick-fil-A Inc. will move 250 corporate jobs into a new $200 million office tower next to the Atlanta Beltline. The Atlanta-based restaurant chain famous for its chicken sandwiches will lease 40,000 square feet on the sixth floor of 725 Ponce, a new 12-story building along the Eastside Trail.

David Pendered reports that the potential state takeover of Atlanta’s airport did not weigh on the airport’s recent credit rating by analysts who say federal law will control debt payments no matter who controls the facility, according to a recent rating action by Moody’s Investors Service.

Larry Hobbs reports that oil leaked from the shipwrecked freighter Golden Ray has tarnished marsh grasses and soiled birds’ feathers throughout local inland waters, said Doug Haymans, Director of Coastal Resources for the Georgia Department of Natural Resources. And while the mix of oil and nature is never a good thing, the overall present situation is more cause for sighs of relief than hand-wringing and anguish, Haymans said.

Julie Roberts reports, remember our Haunted House ideas across Georgia from September? Check out the list of haunted houses throughout Georgia! DO: Maybe this is a “SEE” as well because it’s this November’s Oddities & Curiosities Expo in Atlanta!

Sharon Dowdy reports that three University of Georgia food scientists are among the recipients of grants awarded by the Center for Produce Safety as part of its $2.7 million program. The grants will fund projects focused on food safety issues related to fruits and vegetables.

Ga. House members return from recess with minds on impeachment

Allison Stevens reports that Georgia Republicans are using procedural arguments to dismiss the relevance of the U.S. House impeachment investigation against President Donald Trump. Asked if he has any concerns about the president’s actions, GOP Rep. Doug Collins of Gainesville — ranking member of the House Judiciary Committee, one of six committees conducting the impeachment investigation — said that shouldn’t be the focus of the question.

Ariel Hart reports that maternal mortality, rural medical care and other health problems are big priorities for Georgia leaders these days. This week, professionals testified at the state Capitol about how to ramp up state efforts to address them. At the same time, state funding that could fuel those efforts is on the chopping block.