Staff reports that more than 100 elected officials, executives, and state and federal representatives gathered in Warner Robins last week at the Cary W. Martin Conference for the Georgia Municipal Association’s statewide Rural Broadband Summit. The meeting, which was also supported by the U.S. Department of Commerce and National Telecommunications and Information Administration, provided attendees an inside look at several approaches underway in Georgia to address the broadband needs of rural communities. 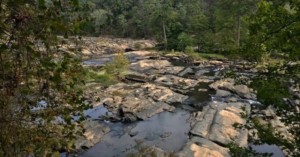 Dave Williams reports that Georgia tax collections inched up by 0.7% last month compared with September of last year, the state Department of Revenue reported Tuesday. It doesn’t sound like much but follows a down month for tax revenues in August and comes as Gov. Brian Kemp‘s budget office looks for ways to cut state spending during the rest of the current fiscal year and fiscal 2021 starting next July.

Andy Miller reports that Dr. Michael Early practices family medicine in Fort Valley. It’s in Peach County, in the farm belt of Central Georgia, and he notes that it’s “a medically underserved area.’’ After 27 years, Early is preparing to retire, and he wants to focus now on training local medical students.

This Georgia Republican once led the charge on impeachment

Fifth Democratic Debate Will Be in Georgia, With 8 Candidates So Far

Maggie Astor reports that the fifth Democratic presidential debate of the 2020 campaign will be held in the Atlanta area on Wednesday, Nov. 20, the Democratic National Committee announced on Tuesday. MSNBC and The Washington Post will host it.

Nyamekye Daniel reports that Georgia lawmakers are debating the financial implications of legalizing sports betting and horse racing in the state. The Senate Gaming and Pari-mutuel Wagering on Horse Racing and Growing Georgia’s Equine Industry Study Committee met Tuesday for its second meeting.  The members examined the possibility of changing state law.

Maggie Lee reports that there’s been an idea that next year, Georgia lawmakers might OK sports betting via a simple majority legislative vote and new law. But a new legal opinion suggests that if sports gambling supporters in the state Legislature want an airtight law, they better first ask Georgia voters and change the Georgia Constitution.

David Perdue and his bipartisan bill — it’s about school safety, not guns

Jim Galloway reports that next year, U.S. Sen. David Perdue would like to do what his GOP colleague Johnny Isakson did in 2016 – out-perform Donald Trump among Georgia voters. Isakson, whose congenial approach has always made his conservatism more digestible, won nearly 55% of all ballots cast in his re-election bid. The more caustic Trump scored 51% of the Georgia vote.