Derrick Bryson Taylor reports that four people were unaccounted for after a cargo vessel overturned Sunday morning in the St. Simons Sound off the coast of Brunswick, Ga. There was also a fire on the vessel, a 656-foot vehicle carrier called the Golden Ray, according to a news release from the United States Coast Guard. 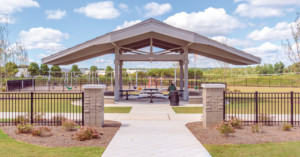 Karen Kirkpatrick reports that what started as a conversation about where to put bathrooms along the Noonday Creek Trail in Kennesaw took off in an entirely different direction – and came in for a landing as Aviation Park. The park, which sits on three acres at the end of the runway at Cobb County International Airport [CCIA], offers restrooms to walkers and bikers along trail, but it is so much more than that.

Studio CEO: Georgia’s movie marquee is ‘on the bubble’

David Pendered reports that employers in the Southeast have eliminated some drug testing because of the labor shortage. The Southeast is the only region in the nation where cutbacks in drug testing were mentioned in the latest edition of the Federal Reserve’s Beige Book. Drug tests aren’t the only casualty of the lean labor market in the Southeast.

Julia Roberts writes, have you been to the Georgia National Fair yet? From October 3-13 in Perry, just a little bit south of Macon. If you’re a teacher or school administrator in a school, you and your students and allotted chaperones can go for FREE, presented by ReMax (kudos ReMax!).

Katie Nussbaum reports that traffic was light and parking places were plentiful downtown on Friday as the Savannah business and hospitality community slowly came online following a week of uncertainty and closures as Hurricane Dorian made its way up the coast. On River Street, John Kerr, who manages Christmas on the River, said the shop did its best to stay open through the week.

Shellfish harvesting reopens for some

Wes Wolfe reports that the closure of the state’s shellfish fishery as a preemptive, protective measure ahead of Hurricane Dorian ended Friday morning as state Department of Natural Resources Commissioner Mark Williams issued a new administrative order reopening harvesting for clams and other bivalve mollusks. However, oyster harvesting remains closed until at least the beginning of October, when ocean temperatures are projected to drop below 81 degrees Fahrenheit.

Georgia State Ranks No. 2, in Nation in Innovation, No. 3 in Commitment To Teaching Rankings of U.S. News

Ross Terrell reports that on Friday, Sterigenics medical facility in Cobb County said it will suspend operations while updates to reduce emissions of the toxic gas ethylene oxide are being installed. “At the request of Governor Kemp and the EPD, Sterigenics has been working to expedite the installation of technology enhancements to our Atlanta facility and, as previously announced, has been operating under a reduced production schedule,” the company said in a statement.

Ross Williams reports that U.S. Rep. Lucy McBath, D-Marietta, told a crowd of voters Sunday she wants to follow in the footsteps of retiring Sen. Johnny Isakson, R-Georgia, but would not go so far as to say she will seek his seat. “I know that Sen. Isakson was a staunch supporter of our veterans, not only in the delegation, but constantly advocating for them,” she said.

Jim Galloway, Greg Bluestein and Tamar Hallerman report, on Tuesday, in a 45-minute conference call with reporters, top aides to Democratic presidential candidate Joe Biden played down the likelihood that their candidate would blow away the competition in the first two 2020 primary contests in Iowa and New Hampshire. In other words, he’d still be viable if the white voters who dominate balloting in those two states snub him.