Nicholas Fandos reports that Representative Doug Collins, the face of President Trump’s impeachment defense in the House, is quietly jockeying to persuade Georgia’s Republican governor to appoint him to the state’s soon-to-be-vacant Senate seat, according to interviews with Republican lawmakers, aides and political operatives. 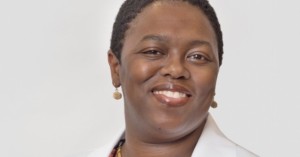 Mary Ann DeMuth reports that the Medical Center, Navicent Health in Macon has named Dr. Patrice Walker, a board-certified obstetrician-gynecologist, as its new chief medical officer (CMO). She is the first female and the first African-American to serve as CMO. The Monroe County native is a graduate of Georgia Tech and the Mercer University School of Medicine, where she was also an assistant professor of obstetrics and gynecology.

Trump gets to fill yet another vacancy on powerful Atlanta court

Bill Rankin reports that Judge Stanley Marcus became the latest member of the 11th U.S. Circuit Court of Appeals to tell Trump he will take senior status with a reduced caseload. Marcus said he will become a senior judge when his successor is sworn into office or on March 2, whichever comes first.

Alex Gailey reports that Delta’s joint cooperation agreement with Aeromexico has helped the U.S. airline grow its presence in Latin America, particularly in Mexico, since 2017. The agreement between Delta and Aeromexico expanded capacity on 26 U.S.-Mexico routes and created six new routes, and now the Atlanta-based airline is asking the U.S. Department of Transportation to eliminate of a five-year review condition for the cooperation agreement to continue.

Wes Wolfe reports, there s a lot of work and a lot of gear involved with sea turtle conservation, so the picture of this year’s nesting season and Hurricane Dorian’s impact on it won’t be known for a little while. “It’s a little early to even get people on the islands. We’re still kind of assessing what the status of the infrastructure out there is…,” said Mark Dodd, head of the state Department of Natural Resources’ sea turtle program.

From Barcelona to Atlanta: Smart City Expo to Launch Sept. 11

Trevor Williams reports that Atlanta efforts to position itself as an international hub for mobile technologies, the Internet of Things and the burgeoning field of smart cities is getting a major boost starting Sept. 11.  The three-day Smart City Expo Atlanta next week will be the first U.S. edition of a series of international conferences on the sector that launched in Barcelona in 2011.

‘A positive change.’ Why a Columbus public school is getting $1.5 million in private money.

Mark Rice reports, to help break the cycle of poverty in one of the poorest neighborhoods of Columbus, a nonprofit organization called the Mill District has committed to funding four additional staff positions for five years at Fox, among the lowest-performing schools in Georgia. The investment will total an estimated $1.5 million for salaries and benefits over the five years.

Carlton Fletcher reports that State House District 152 Rep. Ed Rynders, R-Leesburg, will announce later today that he is resigning form his seat in the House after moving to St. Simons Island. As chairman of the House’s Governmental Affairs Committee and secretary of the Appropriations and Health and Human Services committees, Rynders became something of an anomaly in the House.

Ariel Hart reports that just using data better might save the state $600 million in what it spends on publicly funded medical care. That was one of the takeaways from a task force meeting Thursday at the state Capitol on the cost of health care and access to it. Lt. Gov. Geoff Duncan convened the meeting with the goal of guiding future legislation, he said.