David Pendered reports that of all the “gee whiz, Georgia’s great” economic stories, the aerospace and defense sector stands out – The United States ranks No. 1 in the world and Georgia ranks No. 2 in the nation, and Georgia’s education system has the capacity to help workers into transition the jobs of the Fourth Industrial Revolution, two recent reports show. 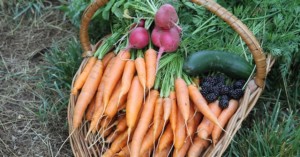 Mary Ann DeMuth reports that folks who live in cities are increasingly embracing urban farming as a way to have access to fresh produce and nature near their residences or workplaces. Community gardens have become popular along with the agrihood concept, where communities integrate agriculture into their neighborhoods to increase healthy food production and recreation.

Scott Trubey reports that Newell Brands, the maker of Sharpie pens, Calphalon cookware and Rubbermaid goods, will move its headquarters back to Sandy Springs just three years after it left Georgia for New Jersey.  Friday’s surprise relocation announcement heralds the return of a Fortune 500 company to metro Atlanta’s constellation of major corporate headquarters.

Jessica Saunders reports that a joint venture of RSE Capital Partners and Carter Multifamily have acquired an 11-asset multifamily portfolio in Georgia, which includes properties in Augusta, Canton, Macon and the Savannah area. The 1,966-unit portfolio was sold by Savannah-based Kole Management Co. for $203 million, the buyers announced.

Staff reports that Georgia Southern University’s student chapter of the Society for Human Resource Management (SHRM) teamed up with the Statesboro location of manufacturing company Briggs & Stratton to help the company better understand why long-term employees choose to stay. The executive board of SHRM worked in groups to conduct 22 stay interviews in mid-April.

Katie Nussbaum reports that there will soon be more than just construction crews at the Eastern Wharf development on President Street as the first residents of Upper East River, the residential portion of the development, move into newly constructed townhomes this month.

Brenda Goodman reports that tate regulators Friday announced swift approval of plans by a medical device sterilizing company to implement pollution-reduction changes at its Smyrna facility. Sterigenics said earlier this week that it had just submitted an application for a permit for the proposed facility changes.

Tourism is an old industry

Larry Hobbs reports that next time we complain about the heat, the crowded restaurants, the new motels going up or the crush of tourist traffic that made us late for yoga class, let us look back to those heady of summers of the ‘80s. No, not those ‘80s. The 1880s.

Mary Ann DeMuth reports that the Georgia Department of Economic Development (GDEcD) and the Georgia Economic Developers Association (GEDA) are once again looking for Small Business ROCK STARS, the state’s brightest companies employing fewer than 100. Nominations are now open for all types of small businesses to apply, from retail and service companies to manufacturers.

Charles Oliver reports that Northwest Georgia Healthcare Partnership will get six AmeriCorps members for a year to help residents of Whitfield and Murray counties receive access to health care. “They will be associates promotoras,” said Greg Dent, executive director of the Northwest Georgia Healthcare Partnership. “They will be working with our promotoras in the community helping people get access to health care resources, scheduling appointments and facilitating health care for the uninsured and underinsured.”

Greg Bluestein reports that Georgia Gov. Brian Kemp’s plan to eliminate Common Core won’t involve a swift overhaul of education policy, but rather what he called a “laborious” process to dismantle the reading, writing and math standards. The governor wrote in an Atlanta Journal-Constitution op-ed this week that three separate panels will be involved in his push to end Common Core, an effort that resurrects a long-simmering debate in Georgia politics.