Leighton Rowell and Virginia Prescott report that last week, Mexico became the first country to ratify the United States-Mexico-Canada Agreement, or USMCA. Canada is expected to follow suit in short course. In The United States, however, not all American lawmakers are convinced the USMCA would be a better deal than the North American Free Trade Agreement, or NAFTA. Democrats have threatened to block it, and a few key Republicans are withholding support unless the administration makes some concessions on tariffs. 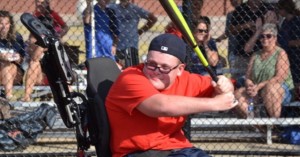 Mary Ann DeMuth reports that by next spring, people of all abilities will be stepping up to the plate at Harris Shoals Park in Watkinsville for America’s favorite pastime. Extra Special People (ESP), a nonprofit serving families and children with special needs in the surrounding 26 counties, and the city of Watkinsville are partnering to construct a new Miracle League Complex at the park, which is adjacent to ESP’s location.

Atlanta billionaire plans to give almost all of it away

Matt Kempner reports that the Georgia Aquarium was his nearly $250 million gift to Georgia. Before that, he donated millions for an autism center in Atlanta. More recently came millions more for a trauma center and a stroke and neuroscience center at Grady Health System.

David Allison reports that Georgia Power Co. is seeking a major increase in the rates the state’s consumers and businesses pay for electricity. In a request filed June 28 with the Georgia Public Service Commission, the company is seeking a rate increase which, under one proposal, would generate $942 million over three years.

Katie Nussbaum reports that the Gulfstream G600 has earned both its type and production certificates from the U.S. Federal Aviation Administration, Savannah-based Gulfstream Aerospace Corp. announced Friday. The certifications clear the way for the first G600 deliveries to customers as scheduled this year.

Diane Wagner reports that online retailers that do more than $100,000 worth of business a year in Georgia will have to start collecting sales tax beginning Jan. 1. That’s up from the $250,000 threshold set for collections that started this year. Both bills originated in the House and were carried in the Senate by Sen. Chuck Hufstetler, R-Rome.

Gordon Jackson reports that cyclists have a new route to travel in Georgia. U.S. Bicycle Route 1 is the third officially designated bike route in Georgia, extending 199 miles along the coast. The route starts south of the Georgia/South Carolina border in Clyo and stretches south through 22 communities in Coastal Georgia before connecting with the existing U.S. Bicycle Route 1 in Florida.

Erika Wells reports that Augusta charities are adjusting to changes in the tax law that affected how people donated money in 2018. With the standard deduction nearly doubling, there might be less incentive to give more money for tax purposes for Augusta residents, meaning nonprofits have had to work harder to stay afloat.

Jill Nolin reports that the U.S. Supreme Court’s decision to stop – at least for now – a question about a person’s citizenship from appearing on the 2020 Census is being lauded as a win by Georgia Democrats and advocates for the Latino community. “Adding a citizenship question to the U.S. Census was a blatant attempt to scare people away from making their voices count, and the Supreme Court saw right through it,” Nikema Williams, chairwoman of the Democratic Party of Georgia, said in a statement.

Greg Bluestein reports that House Speaker David Ralston urged his caucus to put to rest efforts to oust him over claims he misused his legislative privileges. He also floated the possibility that Vice President Mike Pence could help defend imperiled GOP legislative seats.