Ellen Eldridge reports that a new study suggests Georgians would be hard hit by a proposed U.S. Department of Agriculture rule, which would cut Supplemental Nutrition Assistance Program, or SNAP, benefits for people without proof of employment or evidence they are looking for a job. Giridhar Mallya, a senior policy officer with the Robert Wood Johnson Foundation that funded an analysis of the possible effects with the USDA’s proposal, said Georgia is one of 11 states that would be disproportionately affected. 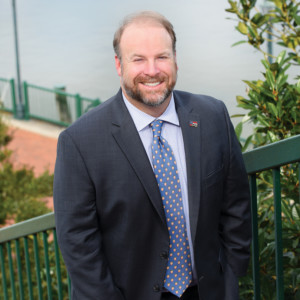 Susan Percy reports that Jay Markwalter likes to point out how much of the growth that boosts Georgia’s economy – new businesses, new investment, new jobs – is tied to tourism. “All of that starts with a visit,” he says, someone coming to the state to check it out on behalf of a company looking to relocate or expand.

Matt Kempner reports that the Atlanta Braves on Monday celebrate their third home opener since bouncing to the suburbs. Neighbors around the intown stadium the team abandoned also are seeing the launch of a new season, finally.

Sarah Mervosh reports that tensions over a growing movement to ban abortion after a fetal heartbeat can be detected intensified this week as lawmakers in Georgia passed a bill that stands to become one of the most restrictive abortion laws in the country.

Diane Wagner reports that a bill that would have banned teen drivers from using even hands-free cellphones behind the wheel didn’t make it through the Georgia General Assembly this year – but expect it to return in 2020. “It’s not going away,” said Rep. Eddie Lumsden, R-Armuchee.

A sea serpent in Georgia

DeAnn Komanecky reports that a required step toward possible incorporation of Chatham County islands has been filed in the Georgia legislature. The placeholder filing is required in the first year of a two-year legislative session before any further incorporation steps can be taken.

Wes Wolfe reports that legislation that would make substantial changes to the Shore Protection Act will likely get a vote by the full Senate after action Friday afternoon by the Senate Rule Committee. Senate Natural Resources and Environment Committee Chairman Tyler Harper, R-Ocilla, presented the bill to the committee.

Andy Miller reports, in a whirlwind of activity on health care bills, the General Assembly on Friday approved substantial changes to the state’s certificate-of-need system and the renewal of a Medicaid funding mechanism. The CON provisions in House Bill 186 will allow Cancer Treatment Centers of America a pathway to expand the capacity of its Newnan facility and treat more Georgia patients.

Ty Tagami reports that computer science courses will be required in every Georgia high school, if new legislation is signed into law. Senate Bill 108 requires a course in at least one high school in every school district by the fall of 2022 and in half the high schools per district the next year.