John Druckenmiller reports that inflation, a “softening” demand for residential flooring and the settlement of two lawsuits likely will mean lower fourth-quarter earnings reports to be released in coming weeks by Calhoun-based Mohawk Industries. The dip comes on the heels of a nearly two-year period when home sales climbed and residential sales prices soared across the country. But some pullback began in 2022, compared to the 2020-2021 boom. 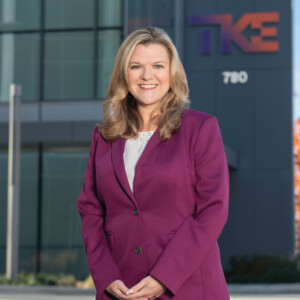 Jennifer Hafer reports that even in unprecedented times, leaders across Cobb County are adapting and innovating to ensure those who live in, work in and visit Georgia’s third-largest county can enjoy family-friendly neighborhoods, unique entertainment venues, a sense of community and a thriving business environment.

Zachary Hansen reports that a developer known for pursuing areas south of I-20 for opportunities is adding another ambitious mixed-use project to its development pipeline. Macauley Investments is in the early stages of bringing hundreds of homes and a retail village to the city of South Fulton, according to recent government filings.

French Delegation Among Many International Groups Returning for Poultry Show

Trevor Williams reports that a beefed-up French delegation hosted at the Metro Atlanta Chamber Tuesday was among the many international groups that have returned in full force to what many call the “poultry show” in Atlanta now that COVID-19 has receded. Delegations from the Netherlands and Brazil, both agricultural influencers in their own rights, were slated to hold separate events in the city Wednesday, a testament to the global reach of the event officially known as the International Production and Processing Expo, or IPPE.

Grant Blankenship reports that teachers often know they have homeless students who need support. Meanwhile, because of what you could likely call a bureaucratic oversight, only a fraction of those kids get the kind of support they need most.

Abraham Kenmore reports that University System of Georgia Chancellor Sonny Perdue recently laid out a potentially challenging future for public higher education in Georgia. During a presentation last week to lawmakers considering the state budget, Perdue said education is getting more expensive while enrollment is dropping.

Chart Riggall reports, after a contentious legislative session in 2022, the new chair of Cobb County’s legislative delegation tried to shepherd them toward a more neighborly spirit for the year ahead. In that effort, lawmakers elected a bipartisan slate to lead the delegation this session. State Rep. Teri Anulewicz, D-Smyrna, will serve as chair, while Rep. Devan Seabaugh, R-Marietta, will be vice chair. State Sen. Michael “Doc” Rhett will serve as secretary.

How to watch Kemp’s State of the State address

Jackie Winchester reports that Gov. Brian Kemp will give his annual State of the State speech Wednesday at 11 a.m. under the Gold Dome of the Georgia Statehouse. Kemp will deliver the address at a time when the state has $6.6 billion in surplus cash to spend, so expect the governor to talk about how that surplus will affect all Georgians.

Jill Nolin reports that while an Alabama-based company’s controversial mining proposal moves through the permitting process, a south Georgia Republican lawmaker is again attempting to head off any future attempt to mine an important site near the Okefenokee Swamp. Rep. Darlene Taylor, a Thomasville Republican, has revived the legislative effort just days after the state Environmental Protection Division started a 60-day public comment period on Twin Pines Minerals’ draft mining land use permit.

Mark Niesse reports that Democratic state Rep. Mike Glanton of Jonesboro has resigned from the Georgia House after 14 years in office, creating a vacancy that will be filled by a special election this spring. Glanton’s resignation leaves five open seats in the Georgia General Assembly as its annual legislative session is already underway.