Marisa Mecke reports that the battle at the Okefenokee Swamp could be coming to a close in the coming months. The Georgia Environmental Protection Division released the Mining Land Use Plan for public comment on Thursday, kicking off the first of two public comment periods leading up to the final decision as to whether the controversial titanium dioxide mine will be permitted to operate at the edge of the Okefenokee National Wildlife Refuge. 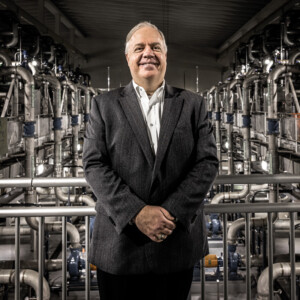 Industry Spotlight: Engineering and Construction – Have Investment, Will Build

Phillipa Maister reports that the flood of funds being funneled by new federal laws into green infrastructure projects in Georgia is setting the stage for a better, more sustainable future for the state. It’s a prospect that has engineering and construction companies keen to get started, and rural areas, disadvantaged communities and environmentalists hoping to see significant benefits.

Michael E. Kanell reports that the state’s economy in December finished the year with strong job growth, but also showed some signs of fatigue as cuts mounted among tech companies and workers left the labor force.

Staff reports that Governor Brian P. Kemp, in conjunction with the Georgia Department of Economic Development (GDEcD), today announced that Georgia sustained its momentum through economic development projects in key industries during the first half of Fiscal Year 2023 (July 1 through December 31, 2022). The 218 locations or expansions supported by GDEcD’s Global Commerce division are expected to create approximately 17,500 new jobs and more than $13 billion in investment for the state.

Michael Hall reports that the Port of Brunswick’s Colonel’s Island Terminal saw more than 650,000 automobiles and heavy machines pass through its docks in 2022, contributing to a record year for the Georgia Ports Authority, according to GPA. The roll-on, roll-off terminal — the second busiest in the nation — saw 651,101 units during the calendar year, which accounted for 97 percent of all cargo coming into Georgia that can roll onto or off of a ship.

Ethiopian Airlines to Launch Nonstop Flight to Atlanta in May

Trevor Williams reports that Ethiopian Airlines, the fast-growing flag carrier of the East African country of 115 million people, is set to launch Atlanta’s fourth nonstop flight to Africa — and the first passenger route operated here by an airline not named Delta. Known for its extensive reach to eastern and southern Africa, Ethiopian will give Atlantans a direct connection to Addis Ababa, the country’s capital, starting May 16.

Georgia’s McCormick: ‘We’re always kicking the can down the road’

T.A. DeFeo reports that a newly minted Georgia Congressman says federal lawmakers must be serious about facing down the country’s financial obligations. Otherwise, it will keep kicking the can down the road and leaving the predicament for future generations to handle.

Abraham Kenmore reports that on Thursday, Rep. Marcus Wiedower, R-Watkinsville, was announced as the chairman of the House Appropriations Subcommittee on General Government. “I am excited about the opportunity Speaker Burns has given me, and I fully intend to be a good steward of resources in this role,” Wiedower was quoted as saying in a press release.

Jill Nolin reports that if anyone was harboring hope that a new House speaker might want to take a fresh look at full Medicaid expansion in Georgia, House Speaker Jon Burns dumped cold water on that Thursday. Burns is only the second speaker since the Affordable Care Act was passed in 2010, but he will continue the longstanding GOP tradition in Georgia of opposing fully expanding the insurance program for the state’s low-income residents.

Georgia women’s prison to be downsized, inmates to transfer to former federal lockup

Rebecca Grapevine reports that Georgia the Department of Corrections (GDC) plans to significantly downsize the largest women’s prison in Georgia and replace most of its capacity with a new prison. The Lee Arrendale State Prison, located in Habersham County, has a 1,476-inmate capacity. Under the latest GDC budget proposal, it would continue to operate as a much smaller 112-bed “transition center,” a minimum-security facility.

Maya T. Prabhu reports that a constitutional amendment is not needed for the state to allow legal online sports betting and should be considered an extension of the lottery, in the opinion of former Georgia Supreme Court Chief Justice Harold D. Melton.